Garrett, '76, is a retired president and CEO of Georgia Power.

Callahan is president of First Colony Financial Corporation. He is director or trustee of a variety businesses and nonprofit organization including Bank of North Georgia, Alliance for Christian Media, Addison Gallery of American Art and Georgia Trust for Historic Preservation.

Edwards, is the national accounts manager for Sigma Plastics, the second largest manufacturer of the polyethylene bags and film in North America. 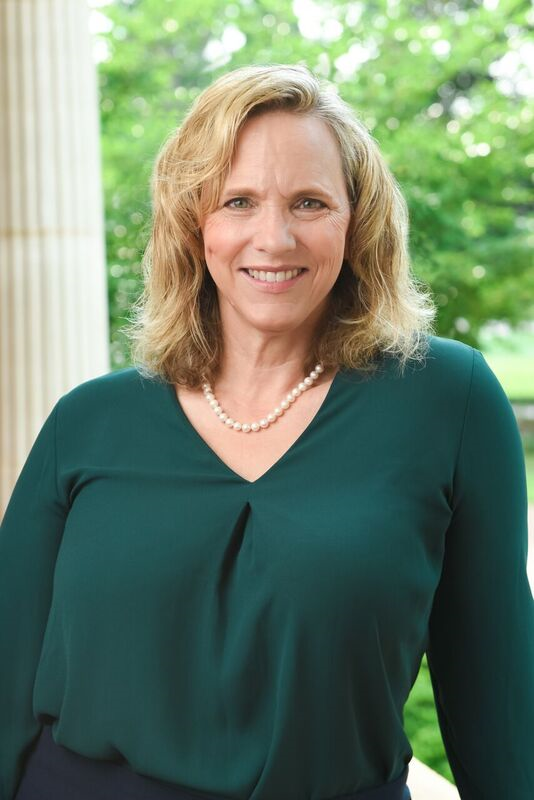 Delisa, vice president for Advancement at Georgia College, leads the university’s fundraising initiatives. Monica has spent 25 years in the advancement field beginning at the University of Arizona where she worked in alumni and development for the Colleges of Agriculture, Nursing and Medicine and most recently as Assistant Vice President for Development for Texas A&M Agrilife. 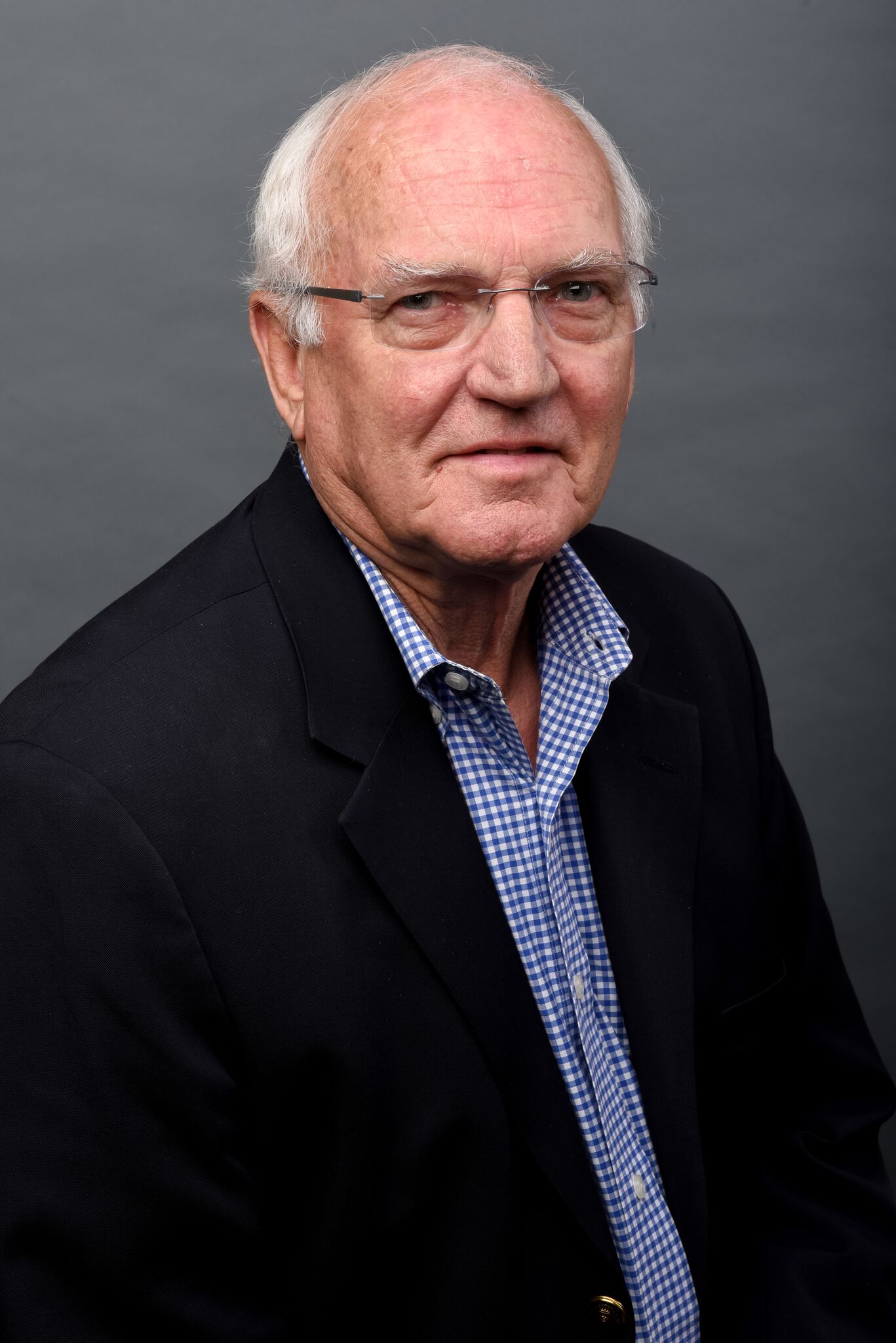 Gregory, ’78, ’79, is chair, retired president and chief executive officer for YKK Corporation of America in Marietta, a past recipient of the Alumni Achievement Award, and a mentor in the Georgia College GEM program. 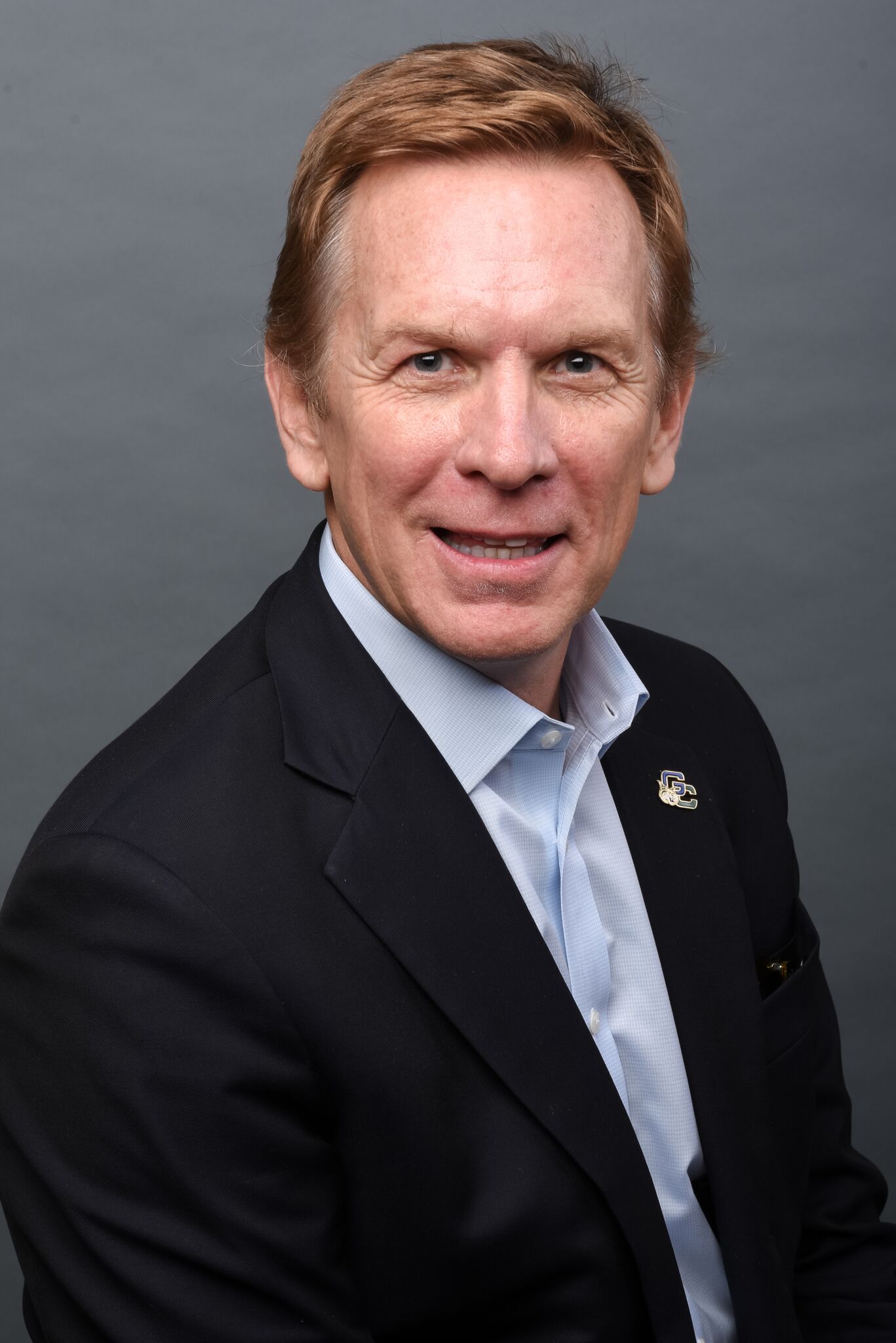 Wansley, is Executive Director for the Georgia Construction Aggregate Association.  He previously served as Vice President of Government Affairs for the Metro Atlanta Chamber. 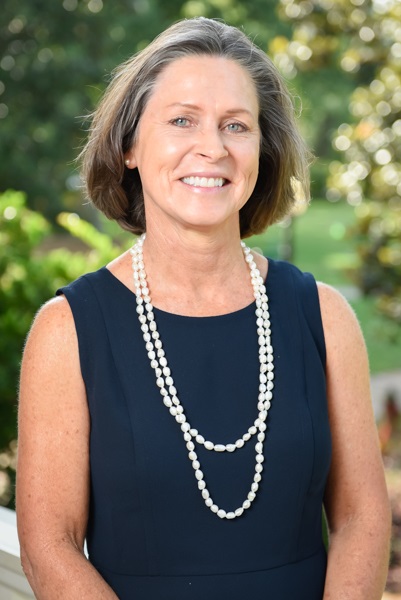 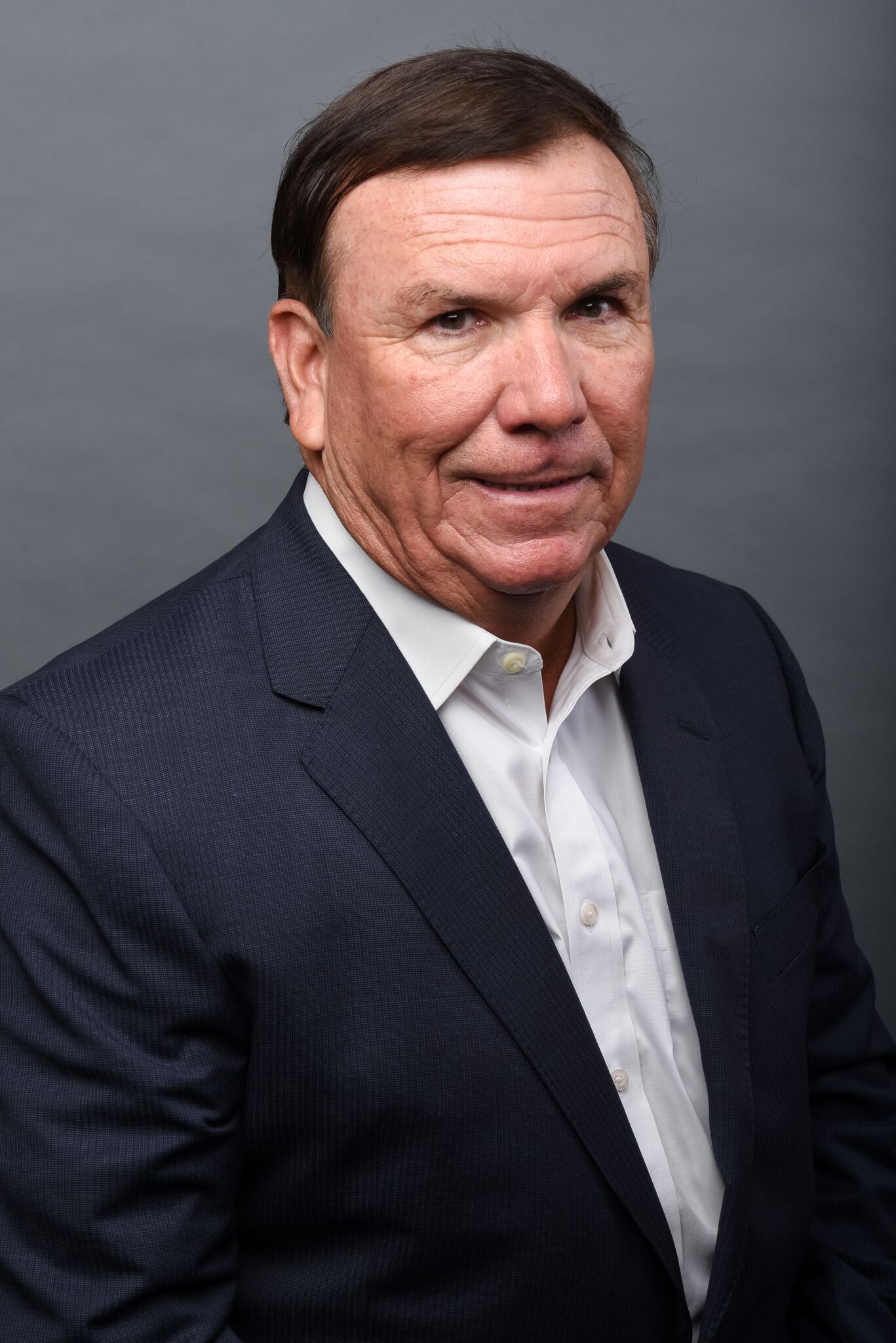 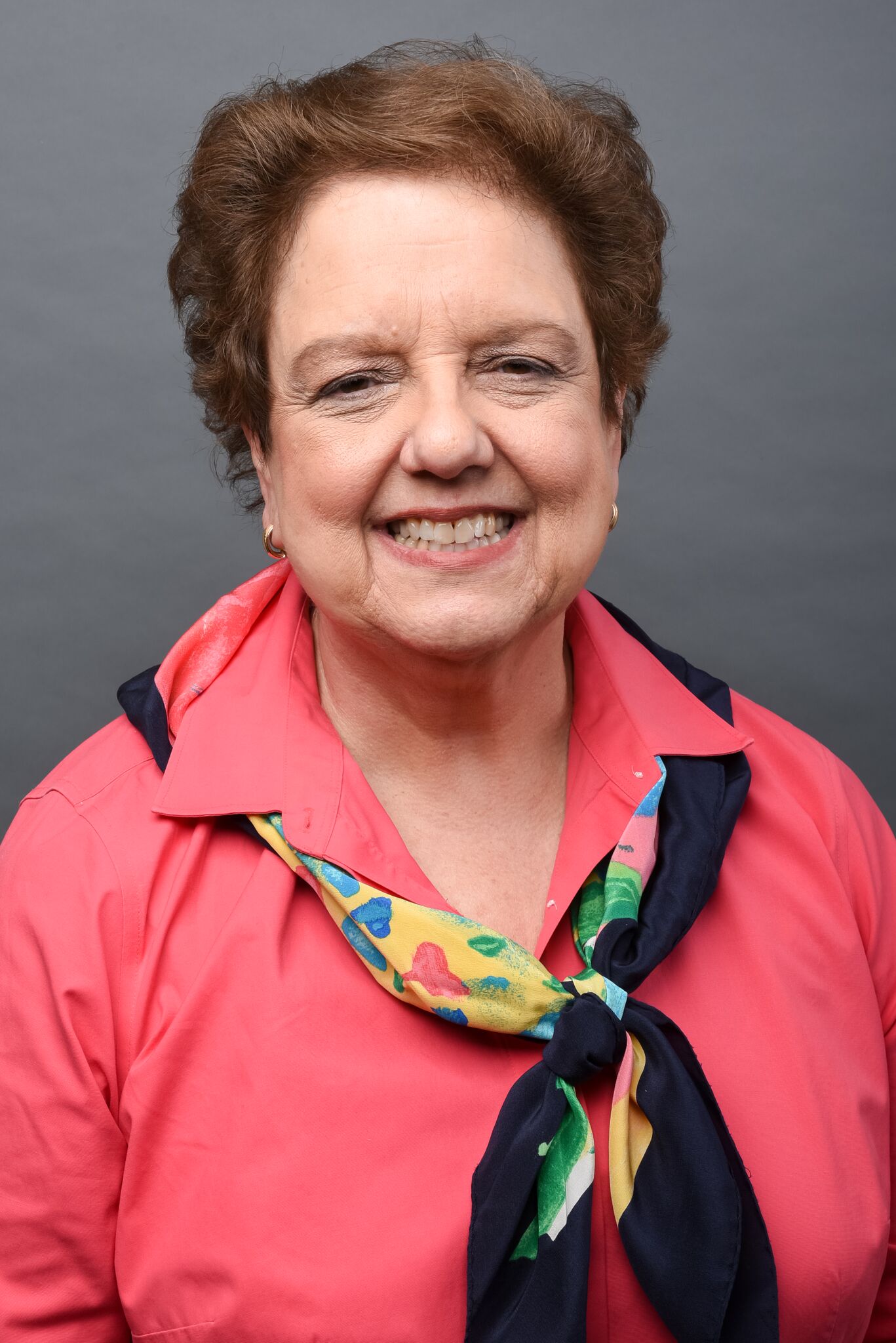 Stewart, ’70, is President of Stewart & Associates.  After earning her bachelor’s degree from Georgia College, Stewart earned a master’s in education from West Georgia College and a Ph.D. from Georgia State.  She is a 2009 Alumni Service Award recipient.

Beasley, is principal and chairman of the Board for Trademark Capital. He graduated from Northwestern State University in Natchitoches, LA. 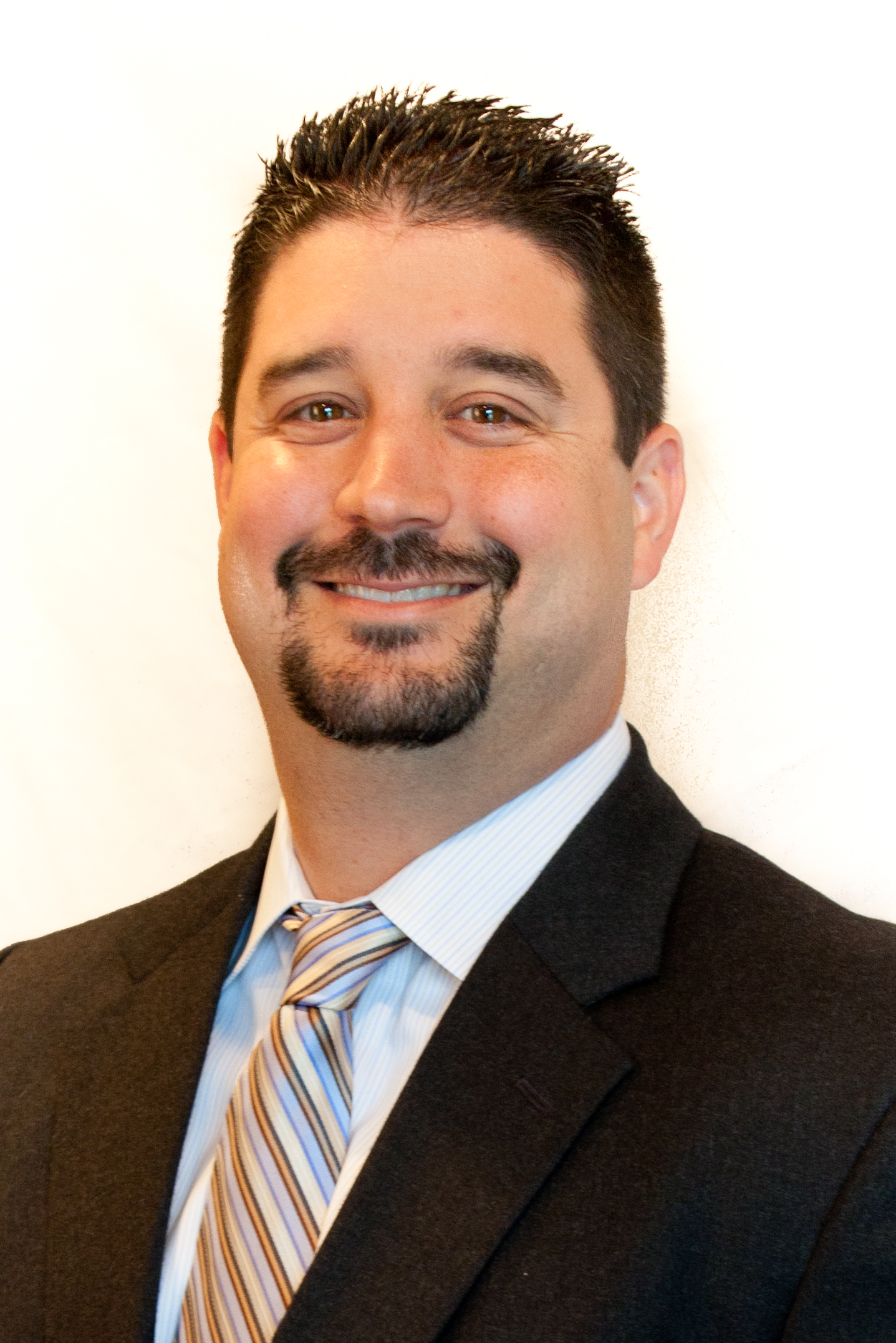 Betzel, '99, is the CEO of Infinity Network Solutions, Inc. He also serves as an advisor to the schools of informational technology and business at Georgia College, as well as on the Greater Macon Chamber of Commerce Executive Board, the Macon Economic Development Commission Board and the Mercer Innovation Center Board. He is a founding board member of SparkMacon and a member of the Central Piedmont Investment Group. He also co-authored the book The Company Culture Challenge. 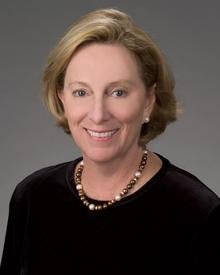 Barwick, was a Vice President at Wilmington Trust from 2009-2018. She served as a senior director in BNY Mellon’s Wealth Management group in Atlanta, specializing in wealth management and estate planning strategies for high-net-worth clients. Earlier in her career, she worked for the Arden Group, was a partner with Troutman Sanders law firm, a senior manager with Ernst & Young, and a partner in the Lefkoff, Duncan law firm. Donna received a J.D. from The University of Georgia (UGA) School of Law where she was a member of the Law Review and Order of the Coif; and a bachelor’s degree in English, magna cum laude from UGA. Donna is a Certified Financial Planner® professional. Donna was on the Board of the Flannery O’Connor Andalusia Foundation. Donna now serves as the planned giving officer for the Atlanta Humane Society. 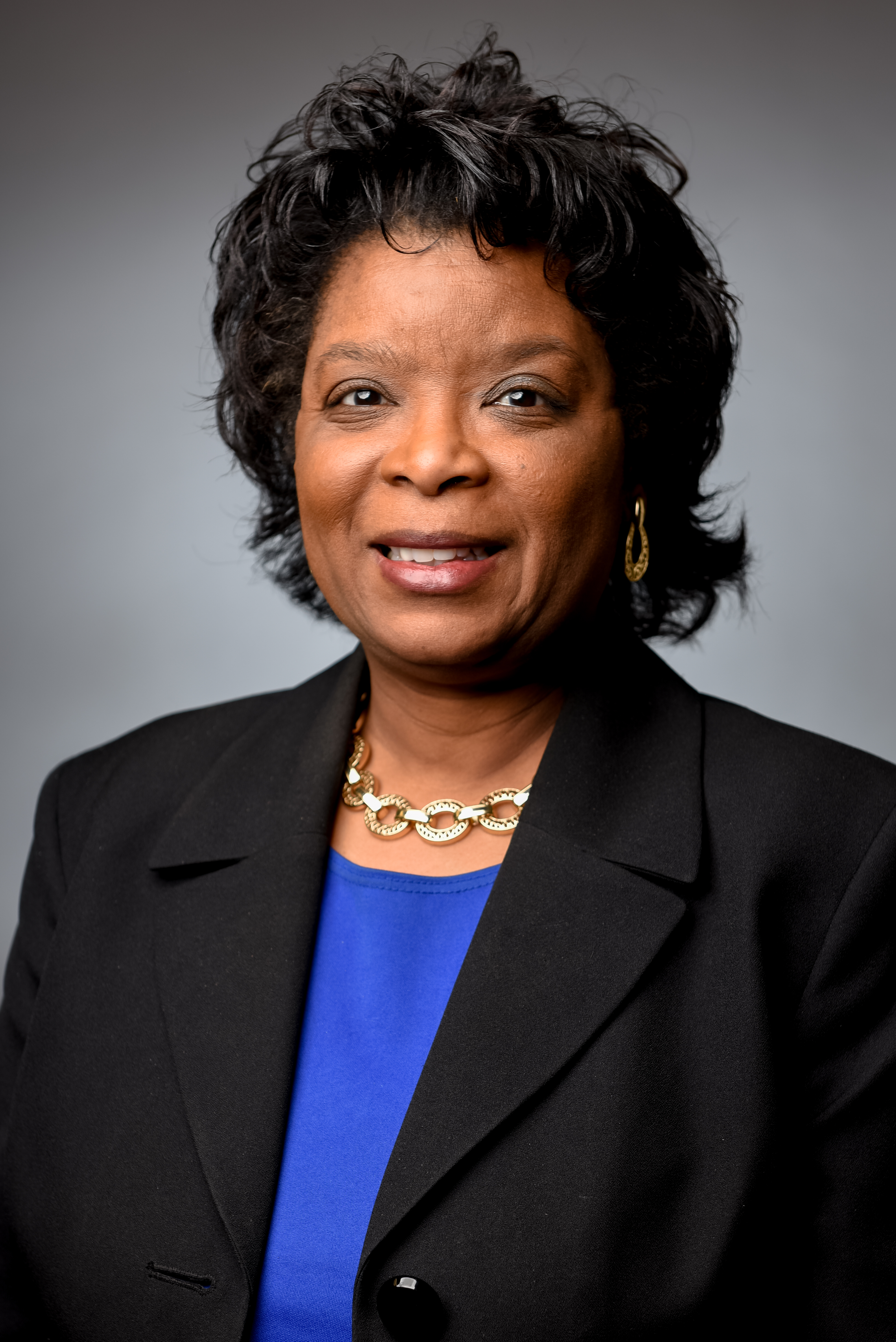 Booker, earned her Master of Public Administration from Georgia College in 1996. She has over 28 years of experience in the telecommunications field, with 9 years specifically in HR Talent Acquisition. In 2015, Pamela was recognized nationally by the Career Community Group as a 2015 Women of Color STEM - Leader in Technology award recipient for professional achievement. Ms. Booker currently serves as a Chaplain for Houston Healthcare’s Volunteer Chaplaincy Program and is the Director of Ministry Engagement at Bibb Mt. Zion Baptist Church in Macon, GA. 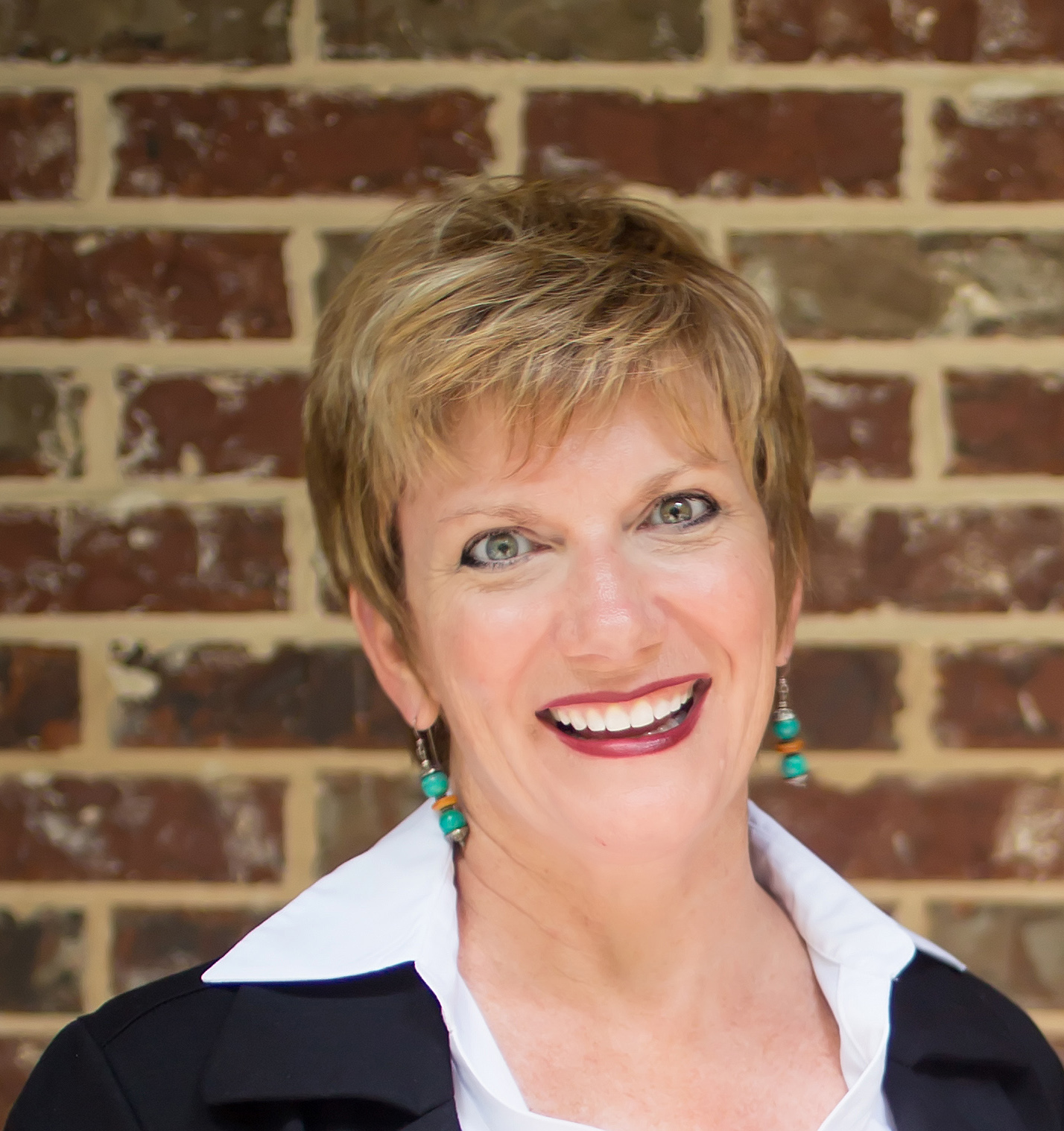 Chisholm Burns, '89, is the dean in the College of Pharmacy at the University of Tennessee. She was a professor and head of the Department of Pharmacy Practice and Science at the University of Arizona. A dual-graduate of Georgia College, Chisholm-Burns received two bachelor’s degrees in general studies and psychology and is also the executive director of the nonprofit Medication Access Program. 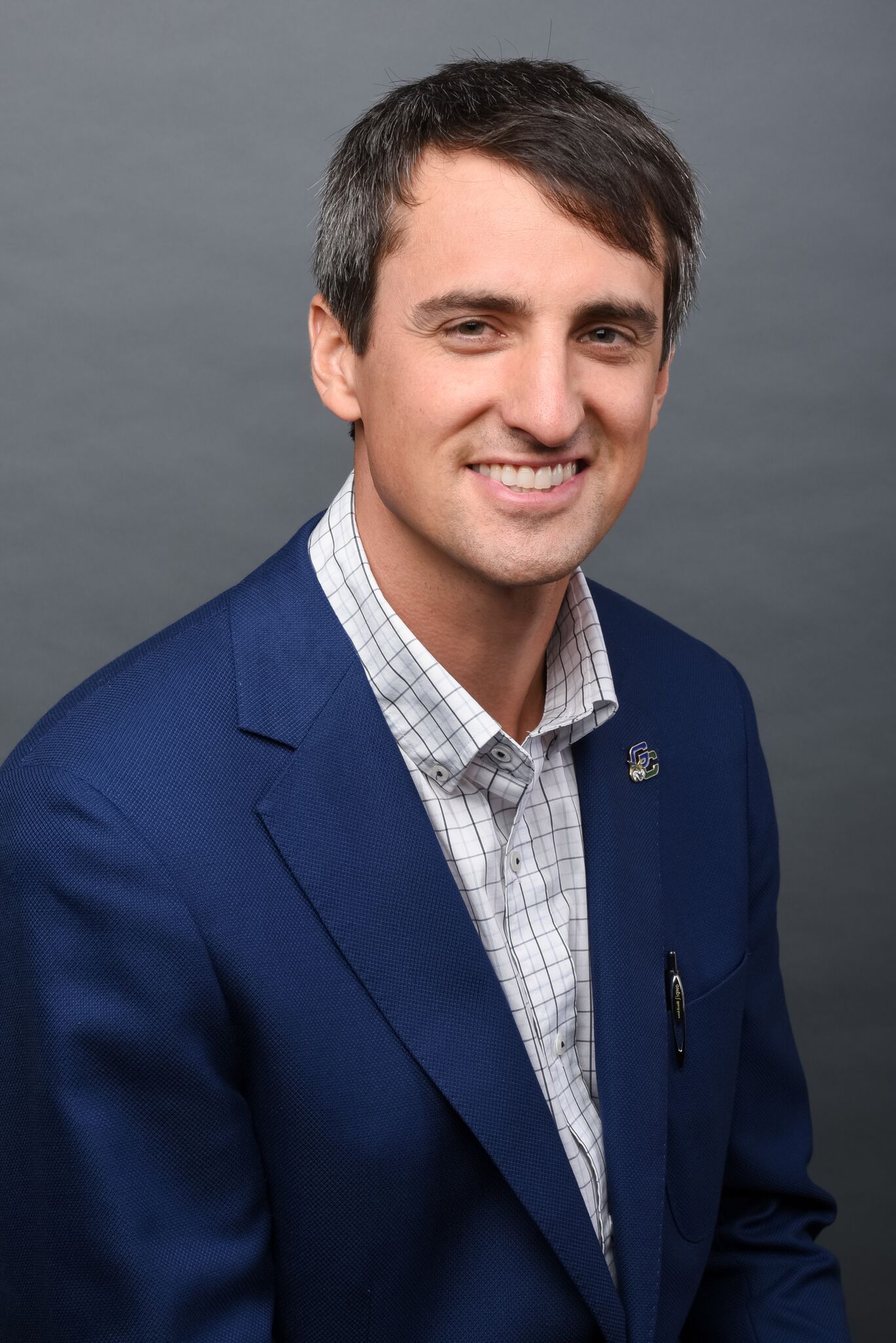 Chitwood, '07, studied history at Georgia College then moved to Athens, where he started Peach State Pride, a clothing line that is currently available in over 90 stores across the state. He and his wife Kari, '13, operate three retail stores in northeast Georgia. He serves on the Georgia College Alumni Board of Directors and was the recipient of the 2016 Outstanding Recent Alumni Award. 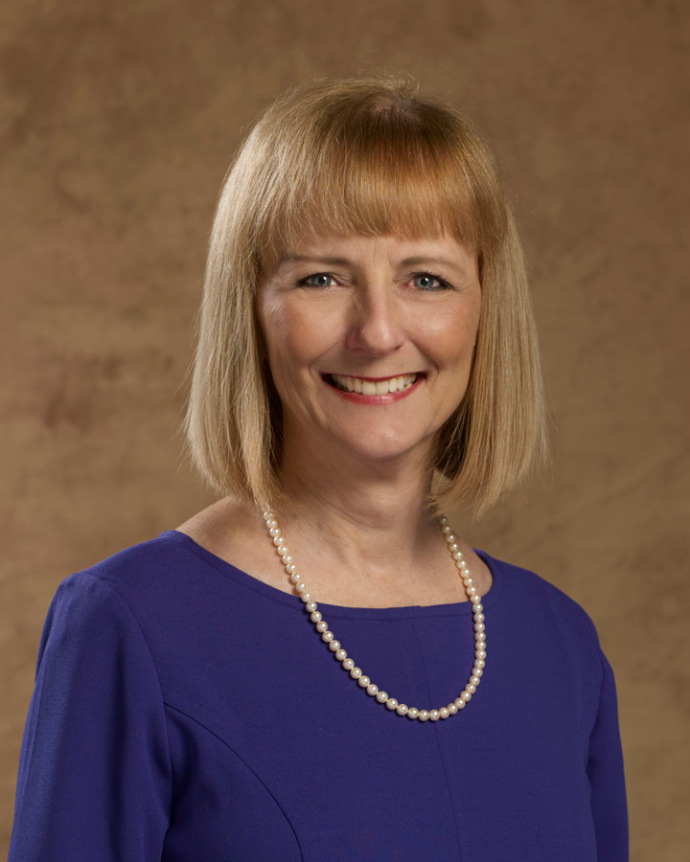 Davis, '75 & '76, is a member of the Rotary Club of Stone Mountain.  Her hobbies include reading, running, fitness, and gardening.  Anresa and her husband, Phil, have three children.

Goodrich, a part-time nurse, is a former Georgia College faculty member and is active in the community. 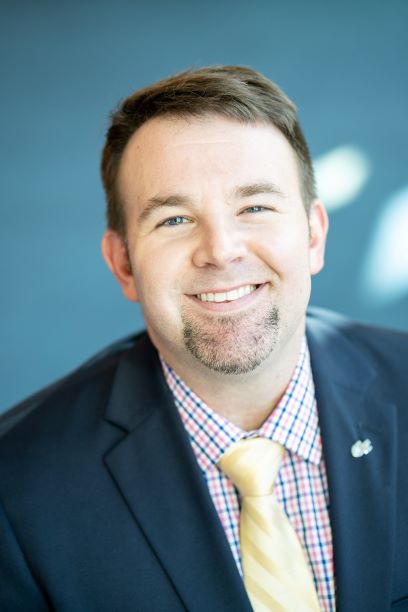 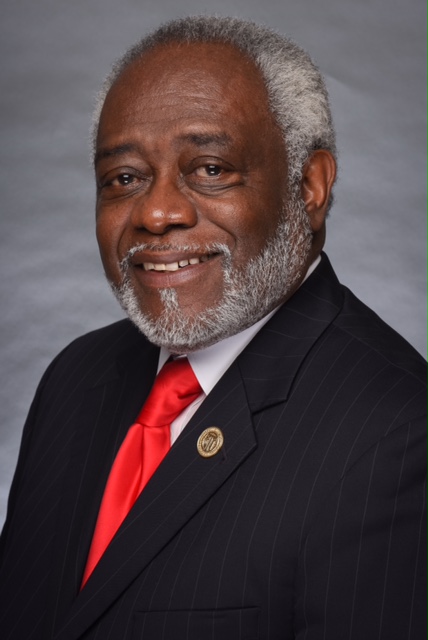 Griffin served as a Foundation Trustee in ’02 & ’03.  He is a retired Army Colonel, former state Senator, and former Mayor of Milledgeville.  He has been an active member of the Board of Associates for three years. 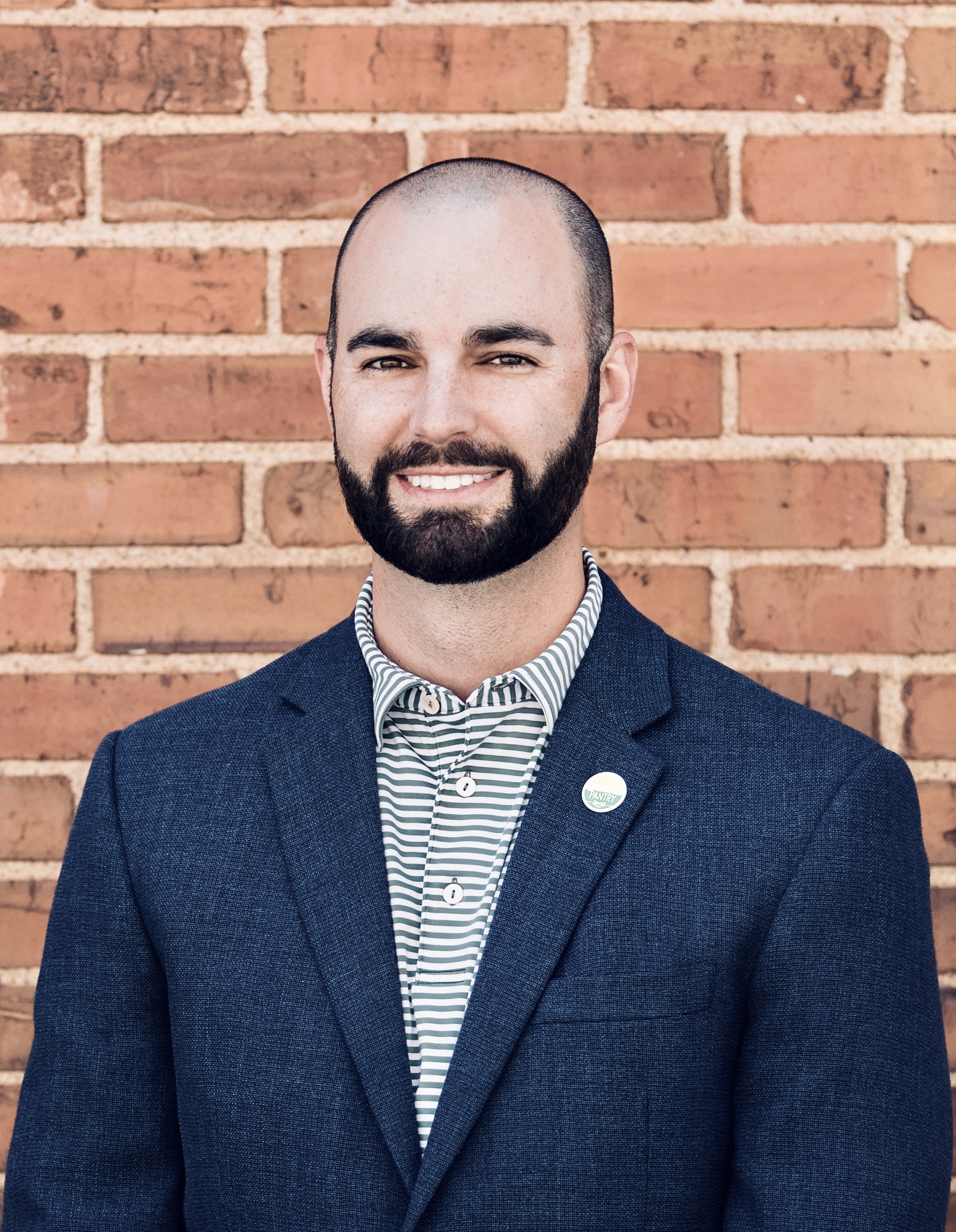 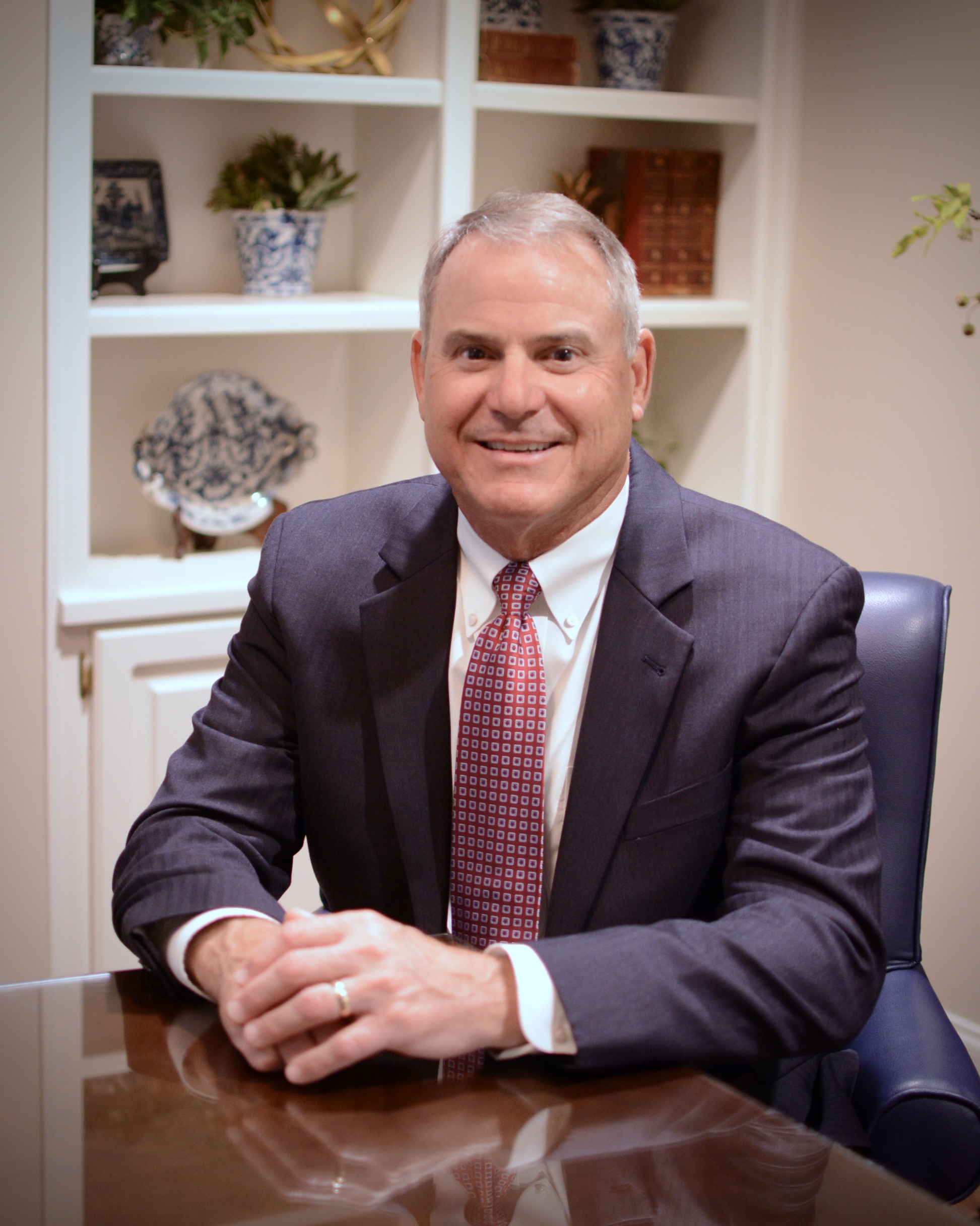 Jones is President of Citizens Bank of the South. He earned his BBA in Risk Management and Insurance from the University of Georgia in 1982 and his MBA in Management from Georgia College in 1986. Mr. Jones also obtained his Graduate School of Banking Degree from Louisiana State University in 1989. He served as Milledgeville Baldwin County Chamber of Commerce chairman 2009-2010. Mr. Jones, his wife Dotty, and their four children live in the Milledgeville area. Mr. Jones enjoys bass tournament fishing. 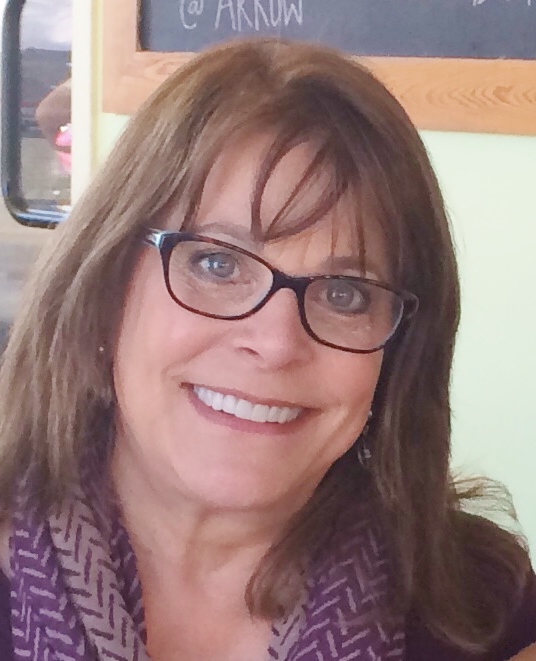 Kidd's professional career includes over 25 years in higher education Advancement at Clemson University, UGA, Piedmont College and as a consultant to colleges and universities.  Mrs. Kidd served six years on the Lavonia, Georgia, city council, two years as District Director for Congressman Don Johnson, two years in GA’s House of Representatives and four years as Chair of the Democratic Party of Georgia. She holds an ABJ from UGA's Grady College of Journalism, where she served as Director of Alumni from 2002-2004. In 2016, Kidd received a Masters in Instructional Technology from Piedmont College. Kidd's maternal grandmother and many of her great aunts graduated from GC, and the college library is named for her great grandmother, Ina Dillard Russell. Mrs. Kidd and her husband, David, live in Crawford, GA and have two grown children and two grandchildren. Currently, she is retired and pursuing her hobby as a jeweler and metalsmith.

Martin, is a partner at The Ascendancy Group, which provides executive coaching and strategic guidance for technology start-ups. Formerly, she was the chief strategy officer at Meredith Corporation, president and general manager of WE TV, executive vice president of distribution and affiliate marketing for AMC Networks and senior vice president of affiliate sales for Discovery Networks. Martin holds a Master of Business Administration from Georgia State University and a Bachelor of Science degree in political science from Georgia College. She is a Luminary Circle member and mentor for the Step Up Women’s Network—a national nonprofit membership organization dedicated to connecting and advancing women and girls.

Martinez received his MD degree from the Medical College of Georgia. He has a private practice specializing in internal medicine. Dr. Martinez resides in Milledgeville. 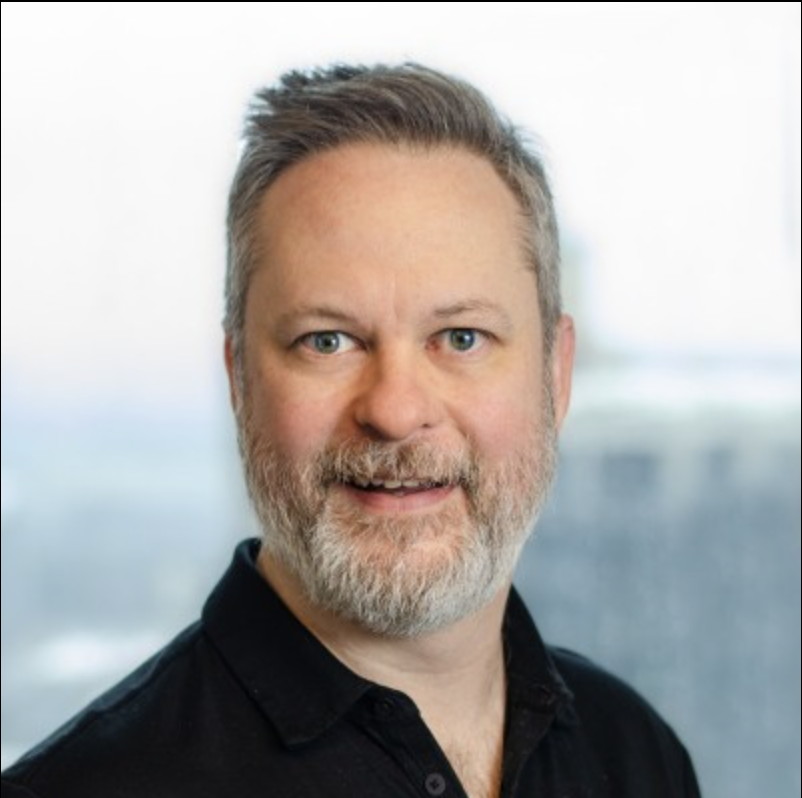 Raines holds a Master of Science Degree in Chemistry from the University of Florida. Butler has enjoyed careers as a chemist, teacher, web developer, and now is VP of Product for Sales Loft. He is also one of the founders of The Bitter Southerner. He previously served on the Alumni Board, where he focused on alumni outreach through events and social media. 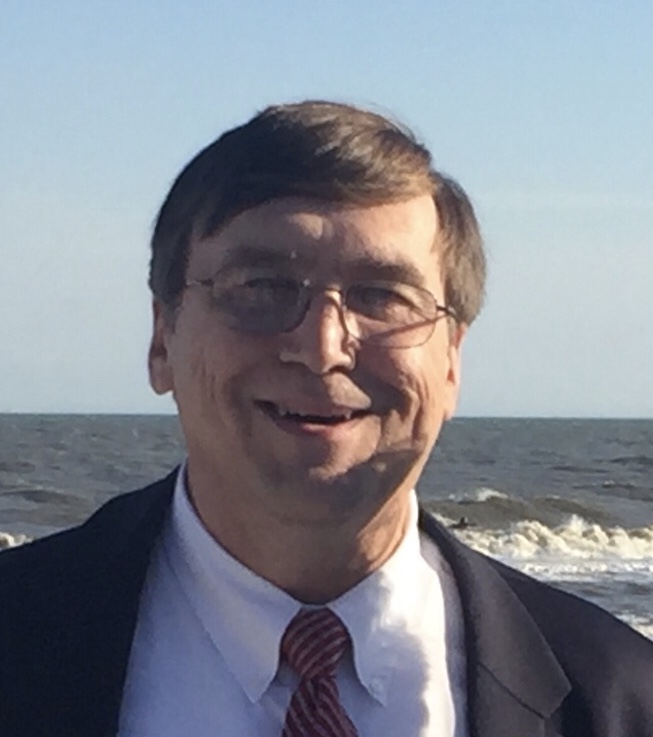 Rhodes served for eight years on the Alumni Association Board of Directors and was a past President, so he also served two years on the Foundation Board of Trustees.  He has been an active member of the Board of Associates for three years.  He now serves as a business consultant.

Robinson, '91, holds his Masters of Public Administration from Georgia College and has an undergraduate degree from Southern University and A&M College. He started the R.B. Robinson Company, LLC in 2002. The R.B. Robinson Company is a public affairs firm with an emphasis on governmental relations and public policy. He is the Government Affairs Council Chair for the Georgia Chamber of Commerce. 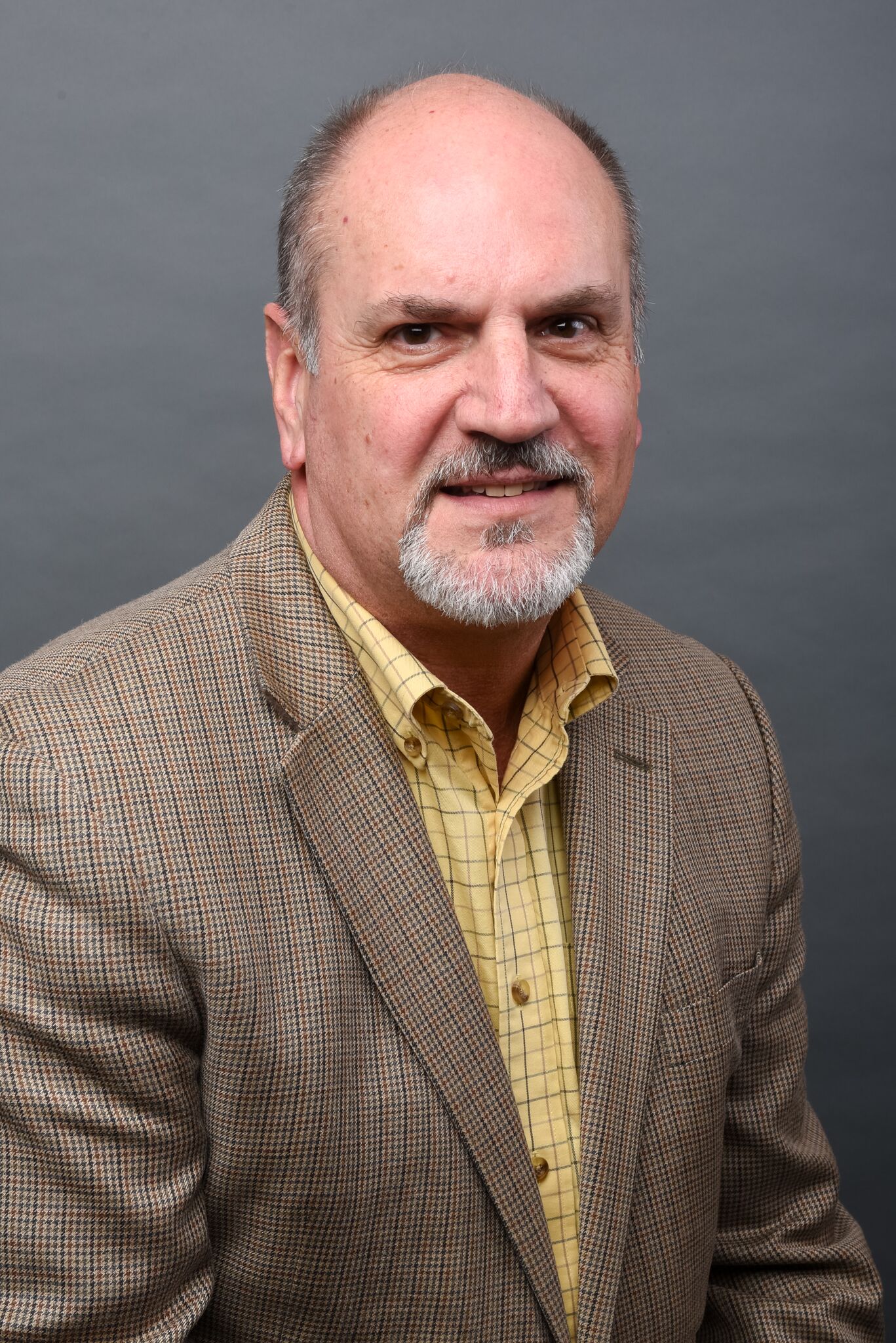 Russell, is a fourth-generation attorney and a senior managing attorney for Lueder, Larkin & Hunter, LLC, where he focuses on extensive residential and commercial real estate transactions, lender default representation and landlord/tenant matters as well as wills and probate practice where he has served as the county administrator for the Barrow County Probate Court since 1986.  After attending Wake Forest University, Russell graduated from the University of Georgia with an AB degree in Political Science. He received his JD from the University of Georgia School of Law. 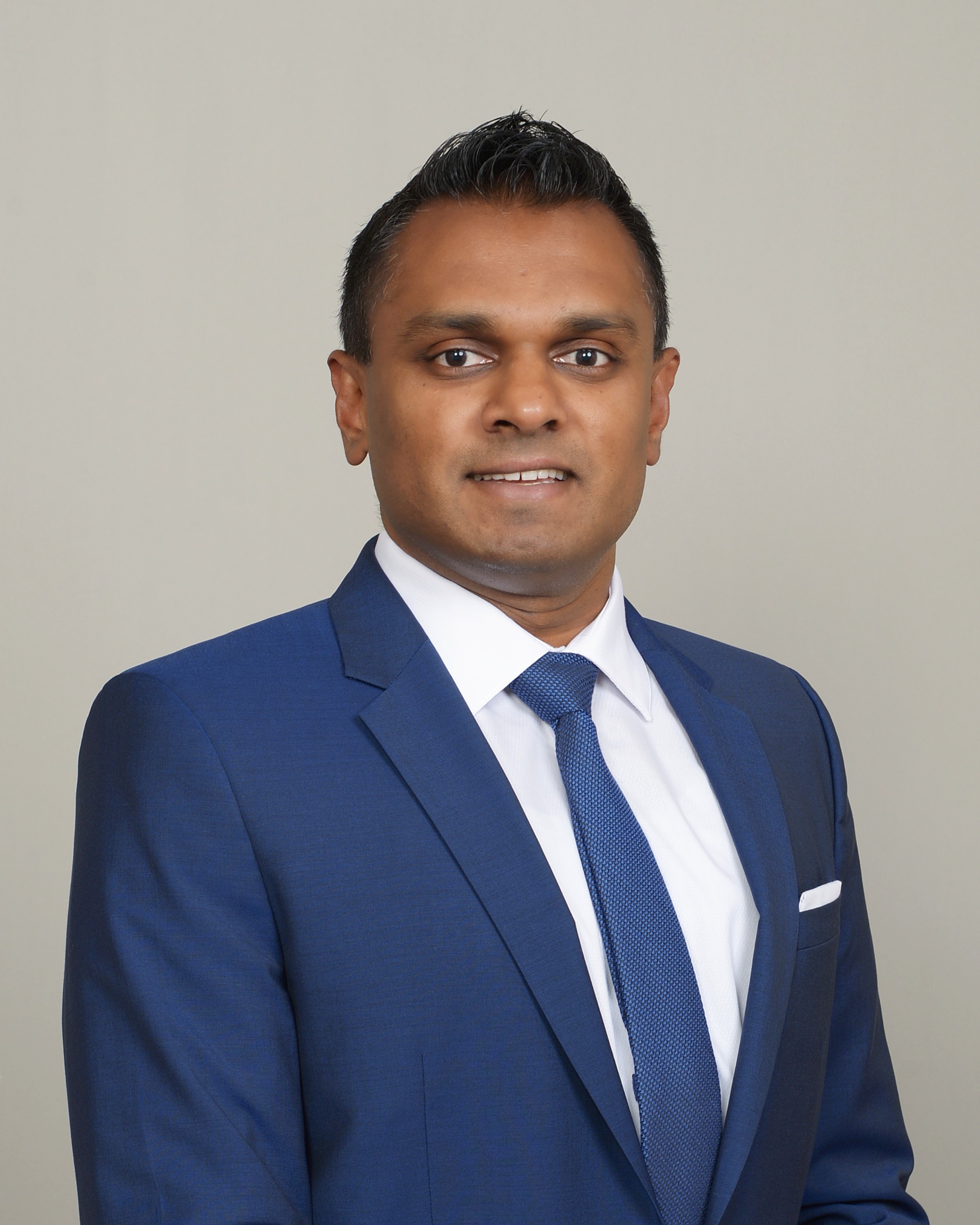 Seimon '03 graduated with a bachelor’s degree in Economics and Finance from Georgia College. He earned his MBA from Duke University Fuqua School of Business in 2008 and in 2018, he participated in a management program at Harvard Business School.  He is a General Manager with BHP Billiton, rising from a Marketing Manager of US Gas to General Manager of Petroleum Marketing (responsible for Crude, Gas & NGL Sales, Operations & Transport for Atlantic Basin Region).  Mr. Seimon is a former member of the Alumni Board at Georgia College, as well as Treasurer for the Rotary Club of Houston Skyline. Mr. Seimon also serves as a regional board member of Bob Big Brothers and Big Sisters. 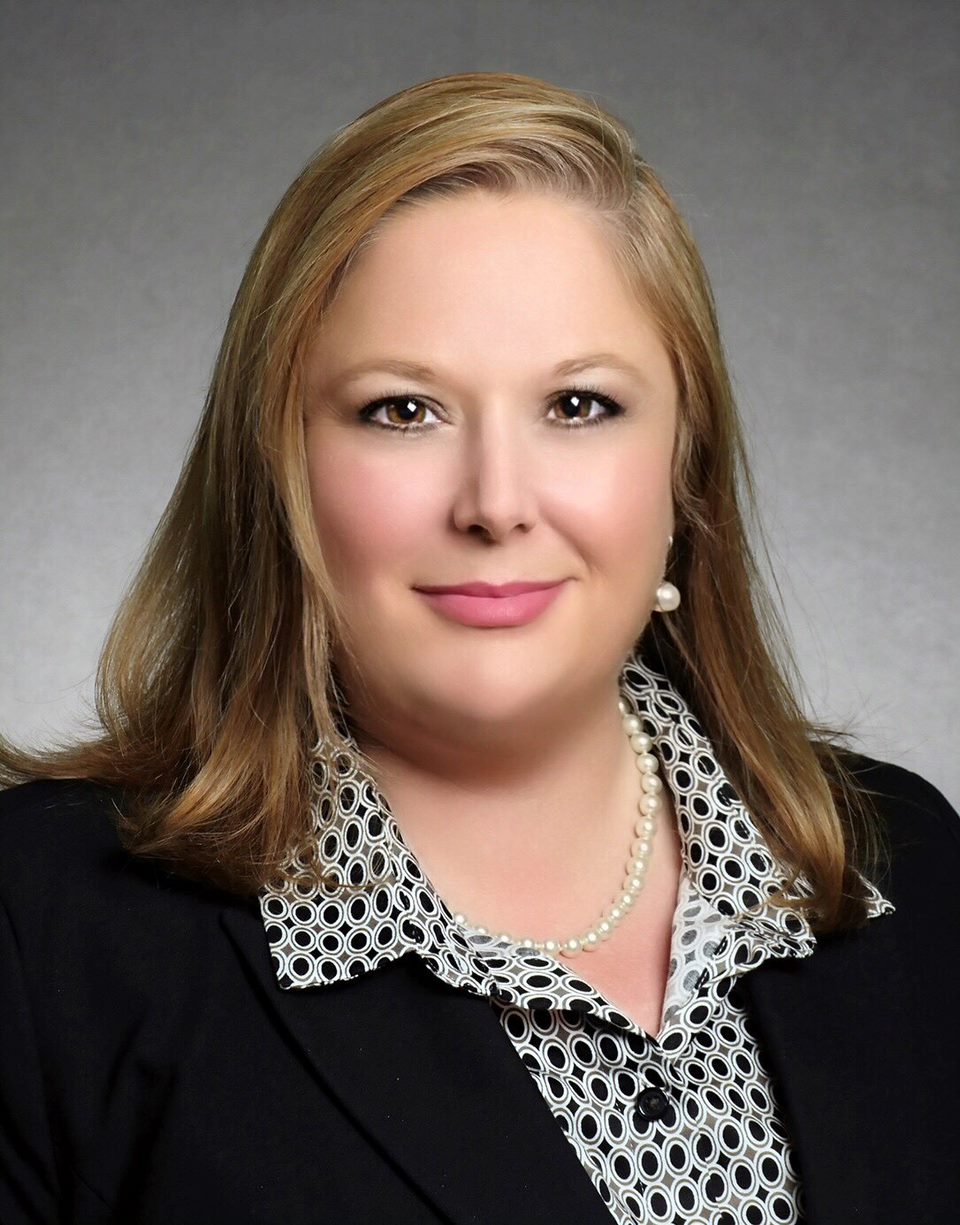 Sheffield serves as President of Caterpillar Financial Insurance Inc.  She is an attorney who focuses her legal practice on insurance regulatory and corporate matters and is both a registered mediator and arbitrator. She earned a BA in Political Science (1995) and a MPA (1997) from Georgia College. She also holds an MBA (1999) and JD (2000) from Georgia State University. Ms. Sheffield is active in a number of civic and professional organizations.

Sims' company, Pearl Lane Partners LLC, renovates and manages apartment complexes. He is a registered professional geologist licensed in the assessment of and remediation of hazardous waste. Mr. Sims currently serves on the Milledgeville Historic Preservation Commission and is a member of the Atlanta Apartment Association.

Slagle '88, is a Vice President of Cox Business.  He has been a member of the Cox team since 1997.  He is a 2002 Macon Magazine Leader of the Year.  He serves on numerous boards. 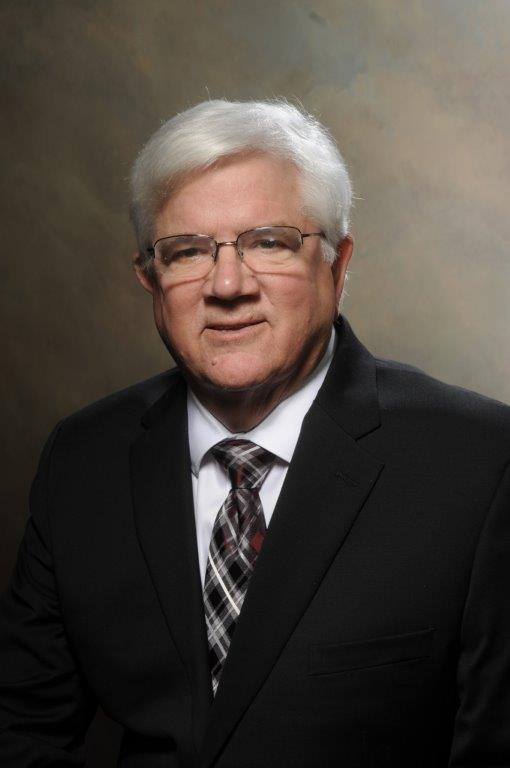 Snell served as President of E.R. Snell asphalt and paving company for over twenty years.  He continues to work and provide guidance as their Chairman of the Board of Directors, as well as assist with employee training programs and other facets of everyday business.  Robin is the President of the Snell Family Foundation. 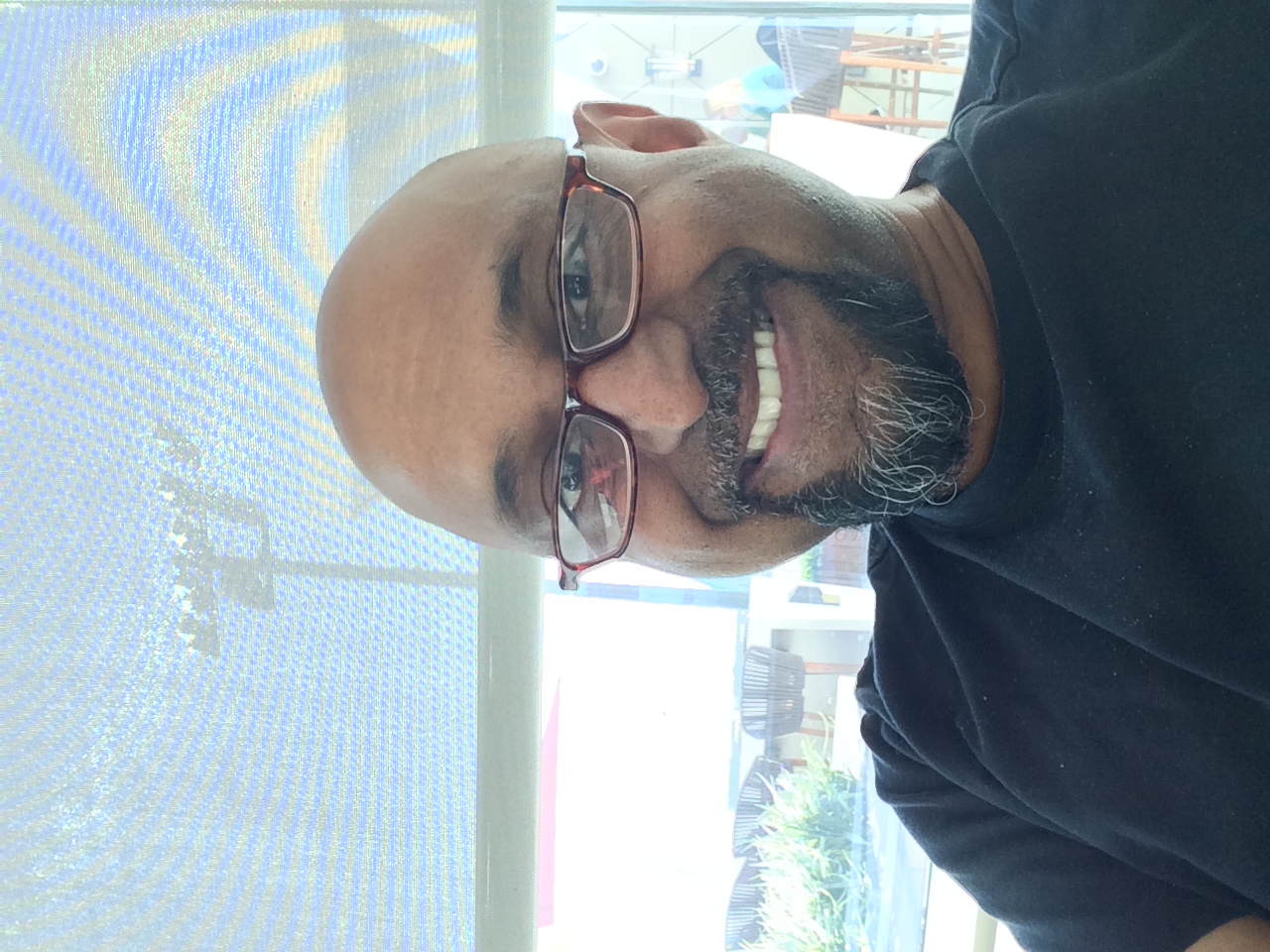 Thirumal previously served on the Alumni Association Board of Directors and was a past President, so he also served two years on the Foundation Board of Trustees.  He has been an active member of the Board of Associates for three years.  He serves as the Executive Director for Habitat for Humanity Baldwin & Putnam counties. 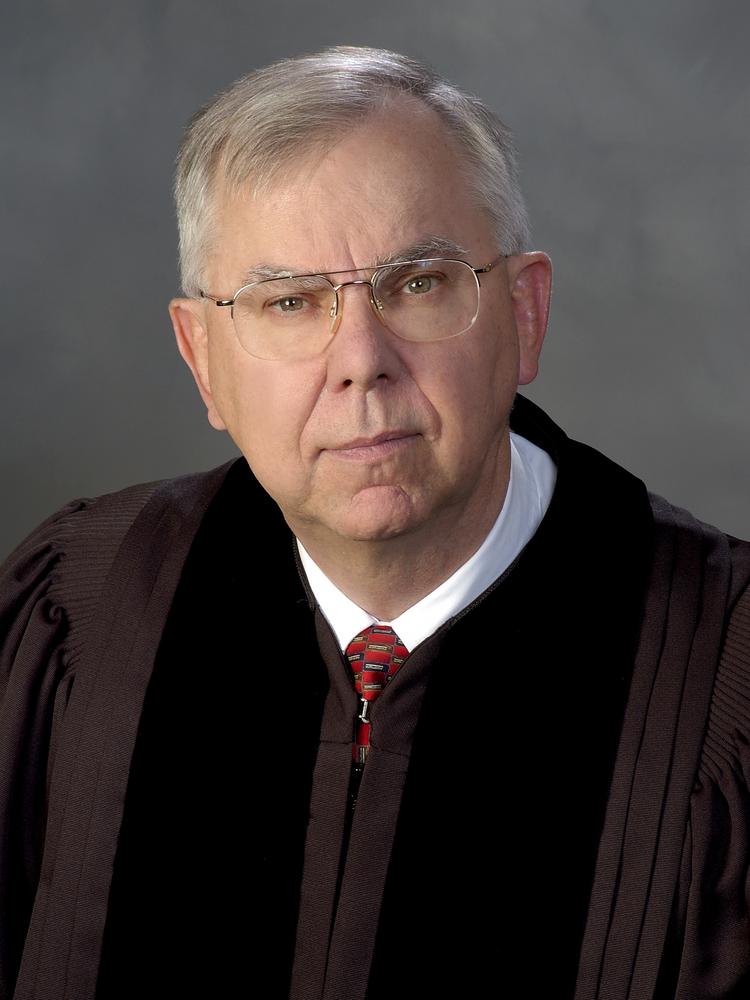 Thompson, was the chief justice of the Georgia Supreme Court. He was first appointed to the court on March 1, 1994, by Governor Zell Miller (D). Justice Thompson was re-elected for additional six-year terms in 2000, 2006, and 2012. His final term would have expired in December 2018; he retired in January 2017.  Thompson received his undergraduate degree from Emory and Oglethorpe Universities. He earned his J.D. from the Walter F. George School of Law of Mercer University in 1969. 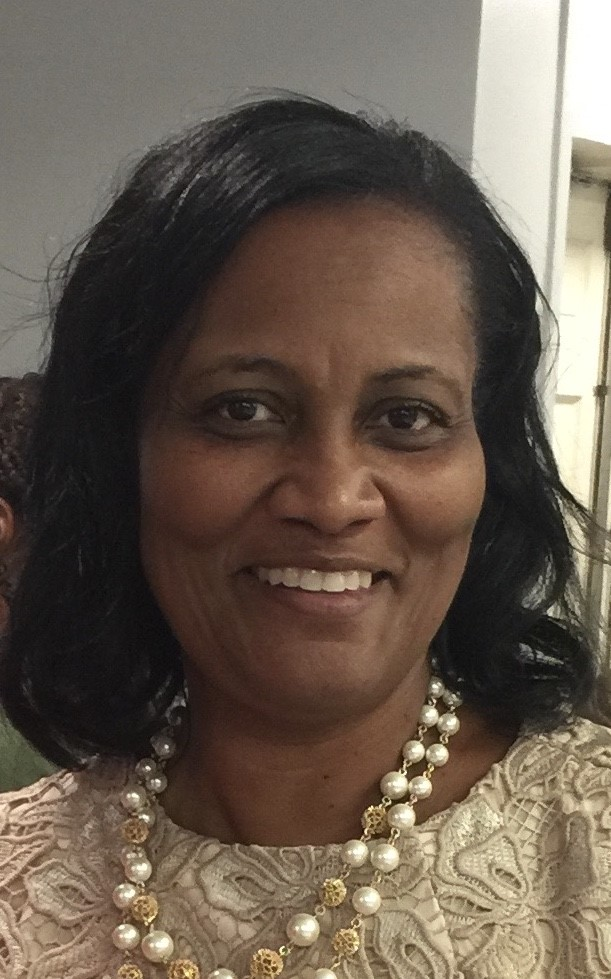 Trawick is a founding member of the Georgia College African American Alumni Council.  She owns her own medical device company in Alabama, ICD Monitoring Services.  Pam has two grown children who also live in the Birmingham area. 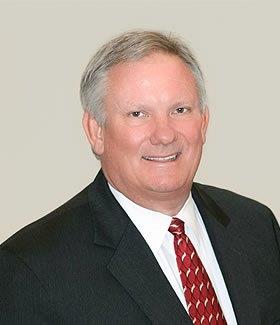