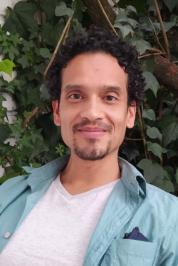 This ongoing research seeks to document and analyze the artwork and art exhibitions produced in response to the Covid-19 pandemic across Latin America and to the social crisis that the pandemic exacerbated in countries such as Bolivia, Brazil, Chile, Colombia, Ecuador and Mexico. The main means of dissemination of the research results will be an interactive website that will include images, texts and links to artist, gallery and museum websites, as well as to my own scholarly articles on the artwork and exhibitions. 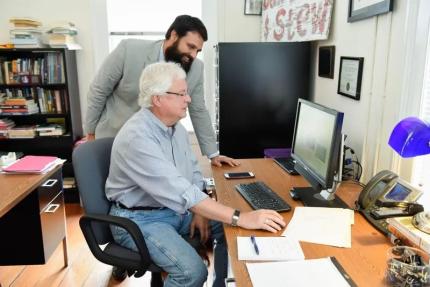 Craig Pascoe
Professor of History
Department of History and Geography

“Keepers of the Flame Fan the Flames of Change: A Digital Oral History Project on Georgia Women in Barbecue”

The Digital Humanities Grant is providing funding support for a mini-documentary that focuses on two women pitmasters/bbq restaurant owners in Georgia—Jenica Gilmore of Vanna BBQ in Vanna and Tammy Woodard of Smokey’s BBQ in Pooler. Other documentaries are planned for South Carolina, North Carolina, and Alabama.

This is the first in a planned series of four 12-15 mini-documentaries about the role and importance of women in the region’s barbecue traditions both in the past and the present. Our focus in this series will be on women pitmasters and restaurant owners operating in a ‘traditionally male dominated’ profession who have overcome adversity and a wall of “tradition” that blocked their entrance into the business of barbecue. We also examine women’s efforts to keep their businesses afloat during COVID, barbecue as an entrepreneurial opportunity for women who do not have the financial means to open a large business, maintaining a culinary tradition in the region, and acceptance by the local community.

If there is one constant in the ever-evolving world of barbecue in the American South, it’s that barbecue defies simple definition or classification. The proverbial lines in the sand abound in various efforts to define and classify this thing called barbecue, from the type of meat typically cooked to who is doing the cooking. All have engendered contentious boundary lines around defining characteristics that are deeply held and fervently defended, even as they prove imminently protean and ephemeral. Regions and nations, ethnicities and cultures, across the country and around the globe, lay claim to such barbecue “traditions” in all their inherent variety.

In the American South early and persistent claims to “authenticity” in the region’s barbecue culture have tended to defy this inherent diversity and variety by imposing monolithic “standards” to which barbecue pitmasters either conformed or risked ostracization. Like other forms of cultural expression, barbecue “purists” constructed arbitrary walls around the cause of authenticity almost wholly out of alignment with historical patterns of cultural development. The American South embodies these trends when focusing on issues of gender and race in producing, consuming, and assigning cultural meaning to barbecue.

Despite abounding historical evidence to the contrary, the prevailing popular image of the southern barbecue pitmaster has been white and male. But the historical record and present practice both refute such prejudicial presumptions and perspectives, with Black Southerners and Southern Women consistently occupying an essential, if marginalized, place around the pit and at the table in the region’s barbecue culture and history. Foodways historians like Adrian Miller, John T. Edge, and Jessica Harris have pointed out that African Americans and women have been largely ignored when telling the story of barbecue. This project is an effort to highlight the role of women pitmasters in the American South through the story of women pitmasters who are carrying on the tradition today.