What started at the turn of the century as an effort to gain a day of recognition for the significant contributions the first Americans made to the establishment and growth of the U.S., has resulted in a whole month being designated for that purpose.

One of the very proponents of having an American Indian Day was Dr. Arthur C. Parker, a Seneca Indian, who was the director of the Museum of Arts and Science in Rochester, N.Y. He persuaded the Boy Scouts of America to set aside a day for the “First Americans” and for three years they adopted such a day. In 1915, the annual Congress of the American Indian Association meeting in Lawrence, Kans., formally approved a plan concerning American Indian Day. It directed its president, Rev. Sherman Coolidge, an Arapahoe, to call upon the country to observe such a day. Coolidge issued a proclamation on Sept. 28, 1915, which declared the second Saturday of each May as an American Indian Day and contained the first formal appeal for recognition of Indians as citizens.

The year before this proclamation was issued, Red Fox James, a Blackfoot Indian, rode horseback from state to state seeking approval for a day to honor Indians. On December 14, 1915, he presented the endorsements of 24 state governments at the White House. There is no record, however, of such a national day being proclaimed.

The first American Indian Day in a state was declared on the second Saturday in May 1916 by the governor of New York. Several states celebrate the fourth Friday in September. In Illinois, for example, legislators enacted such a day in 1919. Presently, several states have designated Columbus Day as Native American Day, but it continues to be a day we observe without any recognition as a national legal holiday. 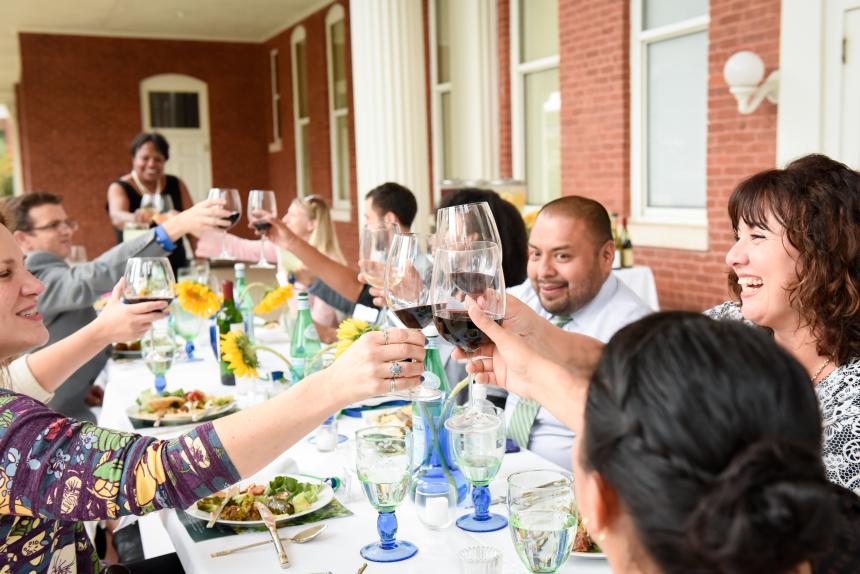 The Office of Inclusive Excellence is pleased to announce the return of “Dinner With 12 Strangers”, a “building community” event at Georgia College. During the fall semester, there will be two Dinners that will include a delicious meal, fun icebreakers, personal introductions, and an engaging conversation about how we can make Georgia College a more welcoming community for all.  Twelve selected individuals from all areas of campus will be invited to be one of the twelve strangers who meet for dinner.  The Dinners will be hosted from 5:30 pm to 7:00 pm on two nights during the fall semester: October 20th (Atkinson Porch), and November 17th (Atkinson Porch).

Our spring 2022 semester dinners were a great success!  If you are interested in being considered as a guest at either dinner, please complete the form here.  Dinner guests will be selected by the Office of Inclusive Excellence and notified at least a week before the dinner is scheduled. Thank you for participating in this exciting new community-building program.

Georgia College & State University recognizes that diversity and inclusion are essential to our core values of reason, respect, and responsibility. We strive to achieve diversity excellence in the composition of our community, our educational programs, university policies, research and scholarship, campus life, employment practices, extracurricular activities, and community outreach. We also believe that a welcoming and inclusive environment is critical to attaining the kind of campus climate that allows members of our community to succeed in their endeavors, to be respected as individuals, and to feel a sense of belonging at Georgia College, and we support educational programs designed to achieve this kind of inclusive excellence. Our overarching goal is for Georgia College to achieve preeminence as a model for excellence in diversity and inclusion for our state, region, and the nation.

The Office of Inclusive Excellence seeks to provide education that informs, to support a culture that values, and to build an infrastructure that sustains a diverse, inclusive, and welcoming community at Georgia College.

Upcoming Events from the OIE

To subscribe, submit your request along with your email address to oie@gcsu.edu.