What can I do with a philosophy degree? 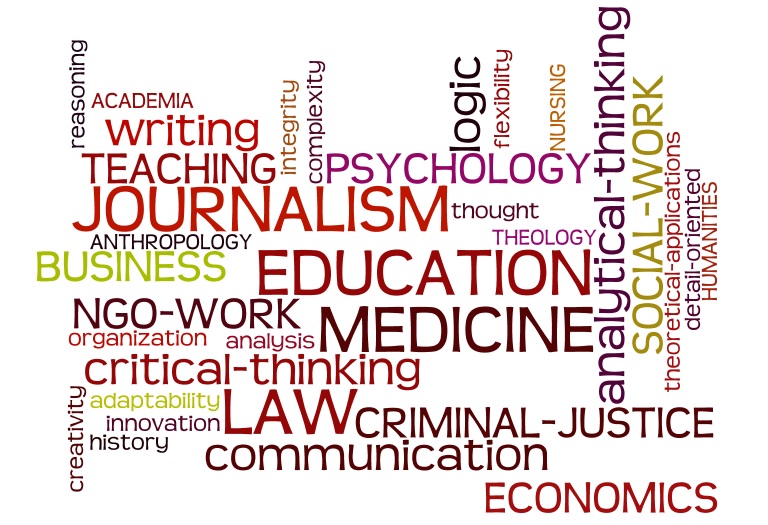 The article in the Houston Chronicle titled Salaries of Philosophy majors (http://work.chron.com/salaries-philosophy-majors-5526.html) provides evidence that Philosophy majors are highly successful in many other fields as well, such as the following:

Law: Illinois State University's philosophy department points out that philosophy majors receive the third-highest scores on the law school entry examinations, or LSATs, behind only mathematics and economics majors…  According to 2011 figures from the Bureau of Labor Statistics, the median income for lawyers was $113,310 per year.

Business: Philosophy majors have the second-highest scores on the GMAT, the standard entrance exam for graduate schools of business, behind only mathematics majors…  According to Robert Half Financial and Accounting, a senior manager such as the corporate controller can earn up to $190,000 per year, while a Chief Financial Officer can earn $400,000 or more.

Information Technology: Computers and philosophy might seem to be strange bedfellows, but the study of logic… lay(s) an unusually strong basis for a career in information technology... According to the 2012 salary guide from Robert Half Technology, a database manager can start at a salary of up to $128,000 per year, and a company's chief information officer can start at $217,000.

Further Options: Other career options open to philosophy majors include public service, the sciences, the diplomatic corps or as clergy.

Furthermore, according to the web site Payscale philosophy majors, on average, earn more than almost any other humanities major both in terms of beginning salaries and at the mid-point of their careers. (http://www.payscale.com/best-colleges/degrees.asp).  According to this data, at mid-point of their careers Philosophy majors earn $72, 600, which is comparable to Biology and Nursing majors who both earn $72,200.