A Tale of Two Schools: An Exhibit Series

The second installment in the Tale of Two Schools exhibit series, Carver: An Enduring Legacy highlights another historic school in Milledgeville that served the African American community. The exhibit explores the history Carver through original documents and oral history testimonies. 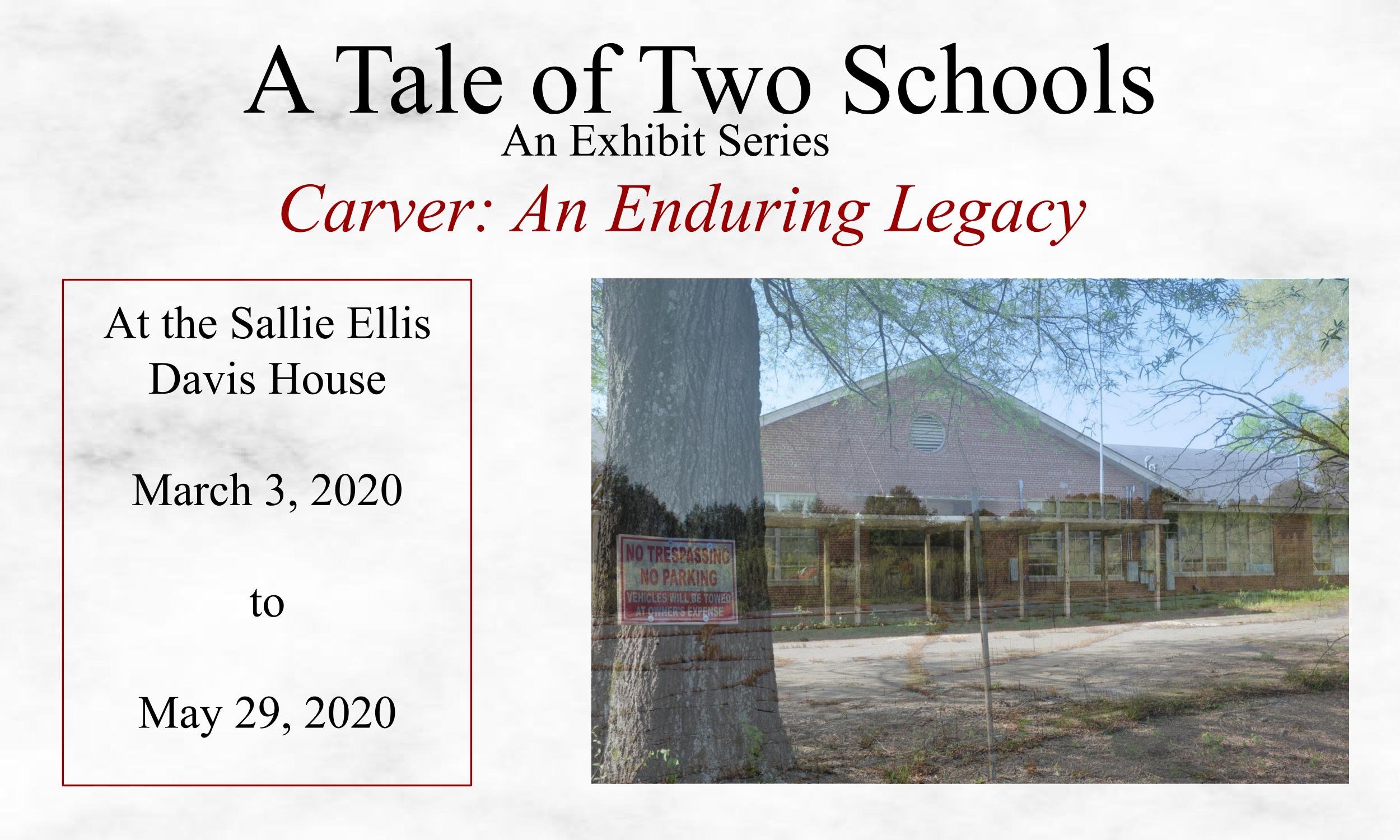 Past Exhibitions and Events at the Sallie Ellis Davis House 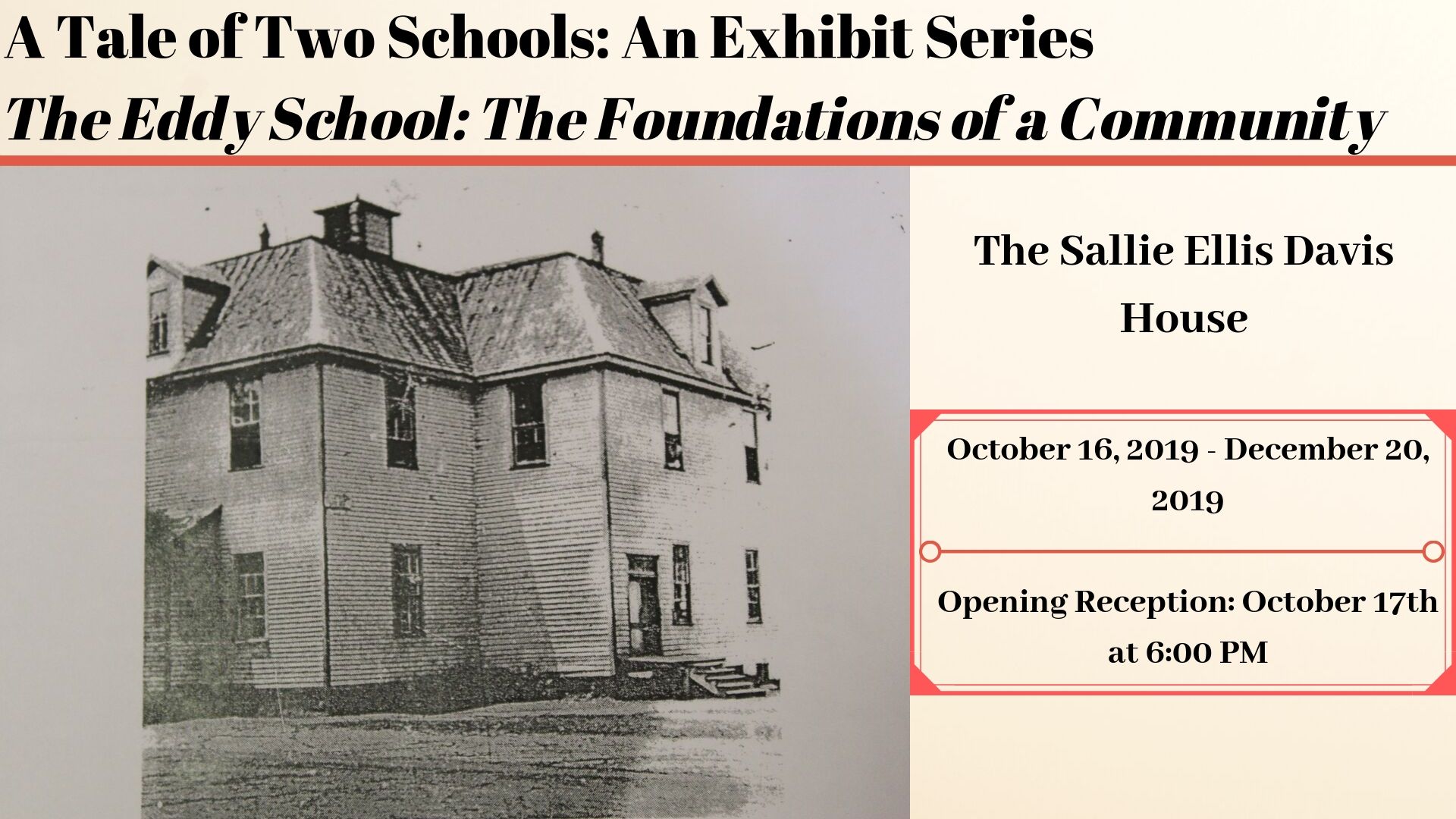 The Eddy School: The Foundations of a Community

An exhibit on one of the most historic schools in Milledgeville to serve the African American community. This exhibit explores the entire history of the Eddy School, from when it started in Flagg Chapel to when it closed in 1947 due to a fire. 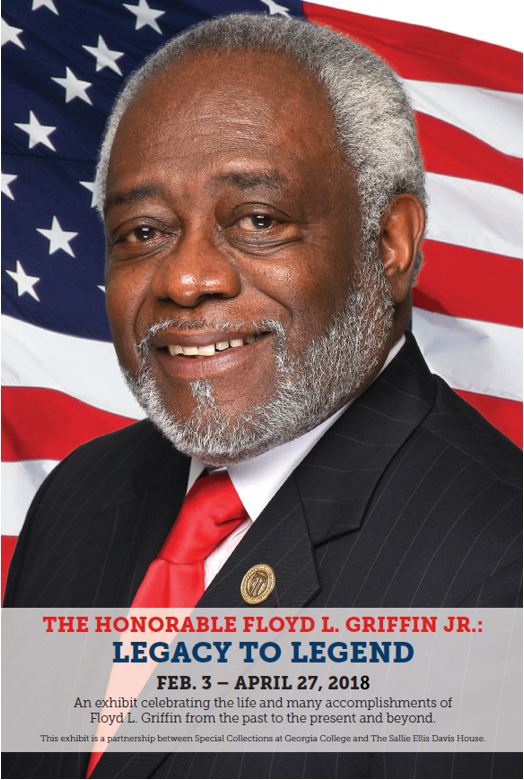 An exhibit celebrating the life and many accomplishments of The Honorable Floyd L. Griffin Jr. from the past to the present and beyond.

Join us on opening day, Saturday, February 3 for a free opening reception from 1-3 p.m. at The Davis House. The Davis House will be open that day from 12 - 4 p.m. for drop in tours. 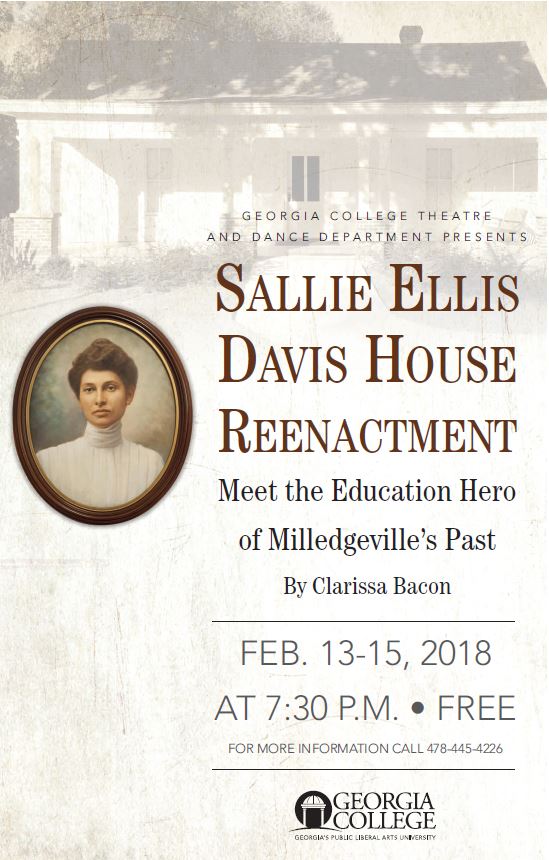 By Clarissa Bacon
This is a free event. There will be two tours/performances each evening, the first at 7:30 and the second at 8:30. 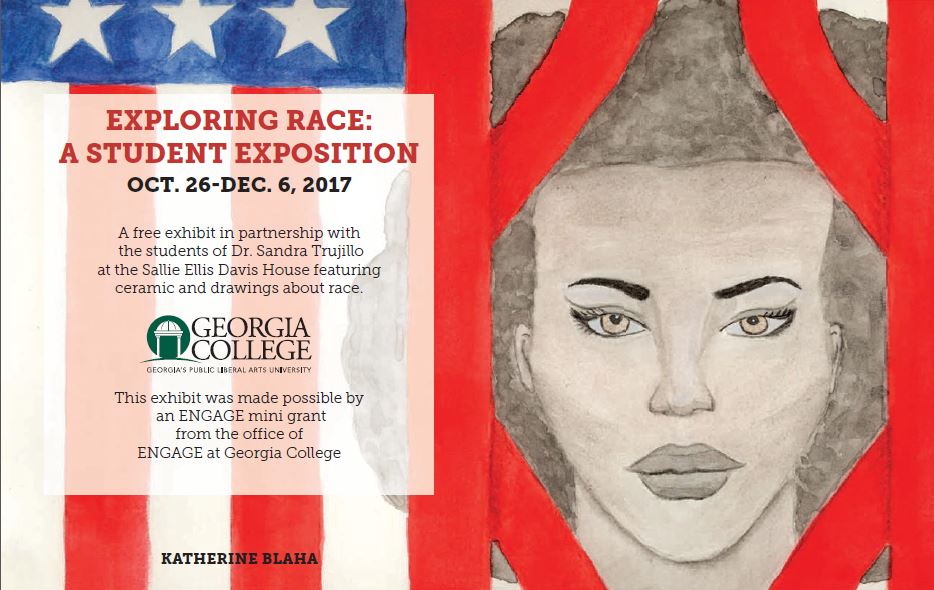 Changing America was created to commemorate The Emancipation Proclamation and the March on Washington, two pivotal achievements, on their 150th and 50th anniversaries. It explores their historical context, their accomplishments and limitations, and their impact on the generations that followed. This traveling exhibit is presented by the Smithsonian's National Museum of African American History and Culture and the National Museum of American History in collaboration with the American Library Association Public Programs Office. The tour of the traveling exhibition is made possible by the National Endowment for the Humanities: Exploring the human endeavor. This exhibition will travel to fifty venues across the nation, accompanied by public programming that will help audiences understand and discuss the relationship between these two great people's movements.

This exhibit explores the history of the once prominent African American business district of Milledgeville. 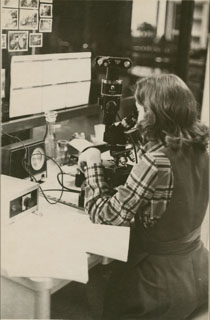 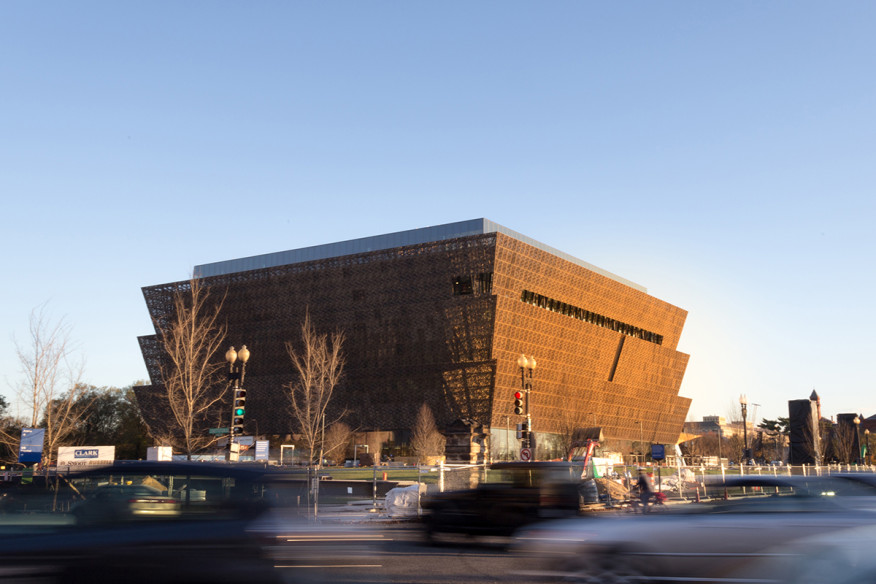 A Place for all People: Introducing the National Museum of African American History and Culture  - Now through the end of October

This exhibit features the life and history of five artists, including luminaries like James Brown and Ray Charles.  This exhibit is a traveling exhibit from The Tubman Museum in Macon, GA. 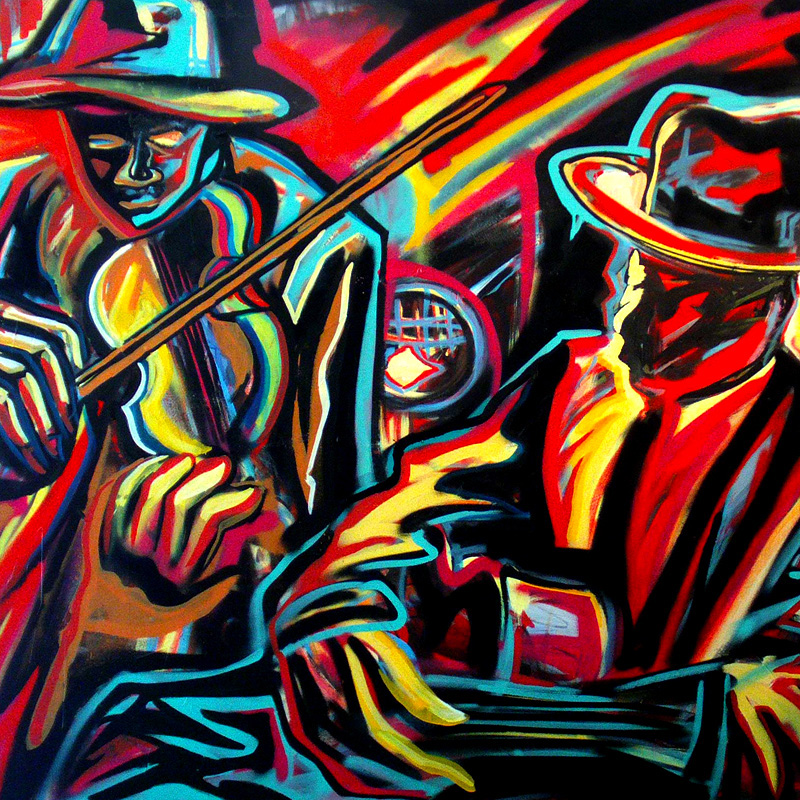 Corey Barksdale: Painting Progress was a community event that featured the artwork of Atlanta-based artist Corey Barksdale.   His works often feature vibrant colors and fluid movement applied in layers onto the canvas.  He is inspired by modern artists like Jasper Johns, Clifford Still, John Biggers, and Aaron Douglas among others.  Barksdale's influences, though, truly come from everywhere.   From jazz music of the 1940s and 50s to current events, Barksdale uses his canvas to express his feelings.

In addition to the exhibition we had several community events - lectures and a community art show designed to pique the interests of people from a wide range of backgrounds.  Lectures covered topics like improvisation, performance art, and current issues in the African American society today.  A student art exhibit also showcased the work of Baldwin County students and community members.  Inspired by the works of Barksdale, student works feature imagery from their surroundings.

The Davis House, in partnership with Georgia College 360, a student-run news program, is conducting a memory collecting project. We are interviewing anyone who remembers Ms. Davis in order to better understand not only her life, but her impact on the people around her. Interviews are recorded and will be used for archival purposes and for future exhibitions. If you are interested in participating or know someone who might be interested please don't hesitate to contact The Sallie Ellis Davis House at 478-445-4545.

February 4, 2014 - Georgia's Women of Achievement featured the life story of Sallie Ellis Davis in their most recent video.

The Old Governor’s Mansion and Sallie Ellis Davis House are pleased to present Historic Reads, a book club designed for campus and community to enjoy. Each month a staff member will lead a discussion of a historic fiction novel at either the Sallie Ellis Davis House or the Old Governor’s Mansion’s Education Room.  If you would like to see something like this in the future please don't hesitate to let us know.

"A Most Remarkable Man" Wilkes Flagg: Slave, Blacksmith, and Preacher:

This exhibit explores the life of the Reverend Wilkes Flagg, who was an important African-American leader in Milledgeville in the 19th century. He began his life as a slave and ended it as a respected preacher and land owner. He was a champion for the slave and for the freedman – someone who relentlessly pursued what was right. He was widely viewed as trustworthy and honest, and because of this he had the ability to communicate with both racial groups in Milledgeville – black and white. This exhibition is available for rental.

This spring the Davis House presented the two workshops listed below.  We hope to have more in the future! These workshops were designed to engage and challenge anyone who took them.

Ms. Davis loved to crochet and she used the pieces she made to decorate her home. The Davis House would like to share the art of crocheting with a new audience. Georgia College’s own Julia Metzker taught this class.

Class details: Saturday, February 7 from 2:00pm to 3:30pm at the Sallie Ellis Davis House. Class fee: $15 - this includes all materials.

This fun class focused on the basics of African dance and was open to all levels of dancers (adults and teens). It was conducted by Kali Dance Studio (http://www.kalidancestudio.com/) here on Georgia College’s campus at the Miller Dance Studio. The class included a demonstration by Kali Dance Studio and then instruction.

Black Women: Achievement Against the Odds

This exhibit was put on in conjunction with Allied Arts.  It showcased the landmark contributions that African American women have made in all fields - such as business, medicine, science, theater, and entertainment among others.

"Prominent Black Educators" - This exhibit was put on in partnership with Allied Arts.

"Mate Masie: What I Hear I Keep" - This exhibit was presented in partnership with the Harriet Tubman Museum in Macon, Georgia.

"Out to Change the World: The Life and Works of John Oliver Killens" - This exhibit was presented in partnership with the Harriet Tubman Museum in Macon, Georgia.

“Meaning of American Freedom: The Emancipation Proclamation at 150” - Lecture by Dr. Mark Huddle

“Irish Immigrants in the American South”- Lecture by Mauriel Joslyn

“What do Tweets and Likes Have to do with Poetry?” - Lecture by Christopher K.P. Brown.

“Showing the Way: National Black Leaders from Macon, 1824-1933” - A traveling exhibition in partnership with The Tubman Museum in Macon, Georgia.

Stories Through Art  - A Workshop in association with Digital Bridges.

The Making of Lye Soap, a Southern Tradition - A demonstration workshop about the process of creating lye soap and the soap’s many uses.