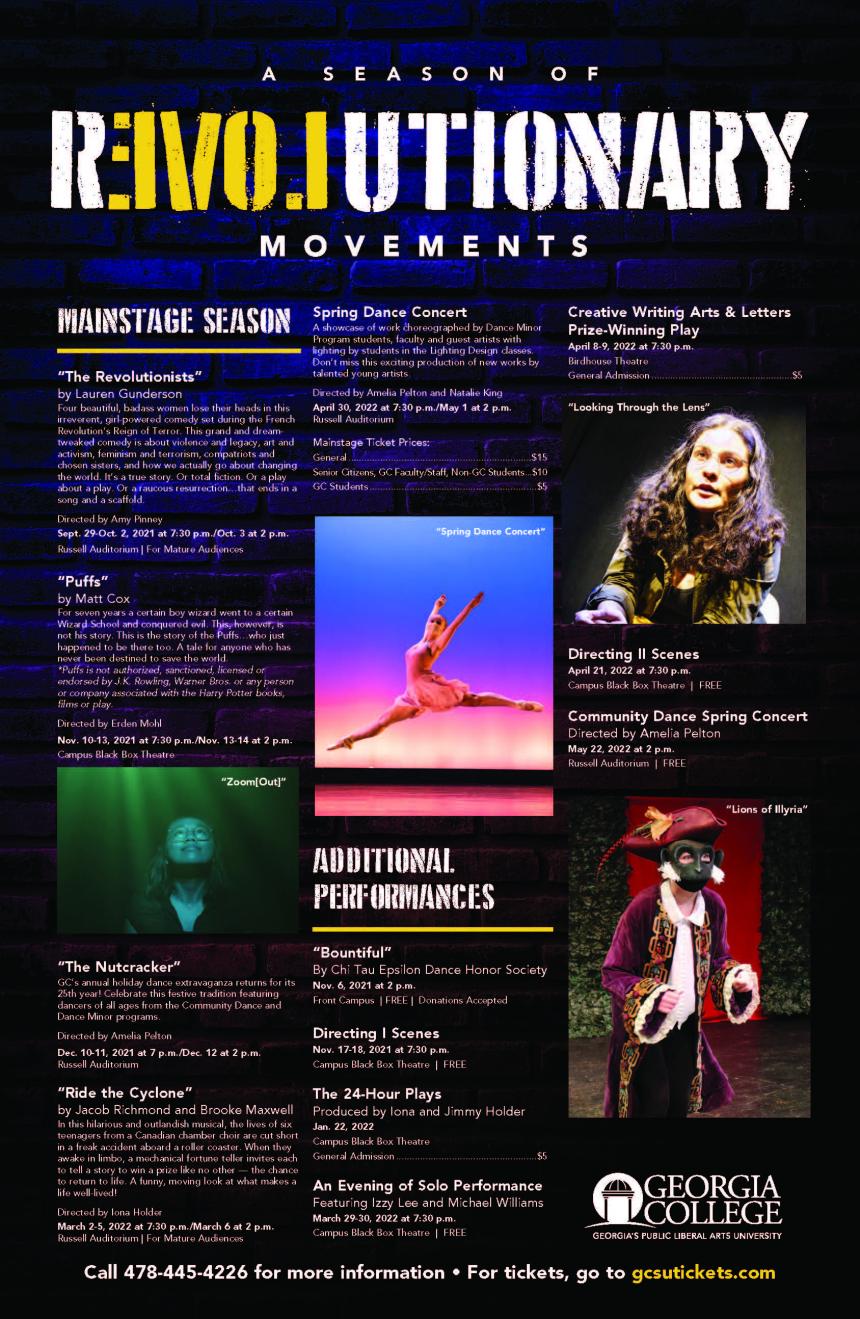 Four beautiful, badass women lose their heads in this irreverent, girl-powered comedy set during the French Revolution’s Reign of Terror. This grand and dream-tweaked comedy is about violence and legacy, art and activism, feminism and terrorism, compatriots and chosen sisters, and how we actually go about changing the world. It’s a true story. Or total fiction. Or a play about a play. Or a raucous resurrection…that ends in a song and a scaffold.

For seven years a certain boy wizard went to a certain Wizard School and conquered evil. This, however, is not his story. This is the story of the Puffs…who just happened to be there too. A Tale for anyone who has never been destined to save the world.
*Puffs is not authorized, sanctioned, licensed or endorsed by J.K. Rowling, Warner Bros. or any person or company associated with the Harry Potter books, films, or play.

In this hilarious and outlandish musical, the lives of six teenagers from a Canadian chamber choir are cut short in a freak accident aboard a roller coaster. When they awake in limbo, a mechanical fortune teller invites each to tell a story to win a prize like no other — the chance to return to life. A funny, moving look at what makes a life well-lived!

A showcase of work choreographed by Dance Minor Program students, faculty, and guest artists with lighting by students in the Lighting Design class. Don’t miss this exciting production of new works by talented young artists.