Department of World Languages and Cultures

Our local chapter of Pi Delta Phi (http://www.augie.edu/related/pideltaphi/index.html), the French National Honor Society was founded in 2010. Since its inception at Georgia College, our Xi Upsilon chapter has inducted over one hundred students as lifetime members. Pi Delta Phi was founded at the University of California, Berkeley, in 1906, and was nationalized when the Beta Chapter was established at the University of Southern California in 1925. At the present time, Pi Delta Phi numbers more than 370 chapters established at representative public and private colleges and universities in almost every state. The purpose of this society is to recognize outstanding scholarship in the French language and Francophone literatures.  Our goal is to increase the knowledge and appreciation for the cultural contributions of the French-speaking world and to stimulate and to encourage French and Francophone cultural activities. Membership in Pi Delta Phi is open to all upper-division students who meet the academic requirements of the Society. Follow us on Facebook. For more information, please contact the chapter advisor, Dr. David de Posada (david.deposada@gcsu.edu). 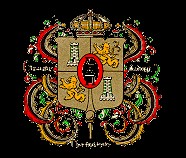 The National Collegiate Hispanic Honor Society (Sociedad Nacional Honoraria Hispánica), Sigma Delta Pi, is the oldest language collegiate society in the United States founded in 1919 at the University of California, Berkeley. The mission of Sigma Delta Pi is to promote love for learning Spanish and appreciation of its diverse cultures.  For more information about the National Spanish Honor Society go to http://www.sigmadeltapi.org/ . The Georgia College chapter, Kappa Psi, is also dedicated to promoting love and appreciation of the Spanish language and cultures through various cultural events and activities. Some of those include:  the annual Spanish Film Festival, The Hispanic Culture and Linguistics Series (public talks by Spanish faculty), Multilingual Poetry Night, and invited guest lectures by international scholars.  Sigma Delta Pi often partners with other campus organizations like the Latino Student Association,  International Club, and Spanish Club to participate in campus wide events such as, the annual International Dinner, Day of the Dead, and Mexican Folklore dance. The Georgia College chapter was named an 'Honor Chapter' for its outstanding activities in 2015-16, earning it a national award and recognition. Follow us on Facebook: https://www.facebook.com/sigmadeltapiGCSU/. If interested in joining the GCSU chapter of the Sigma Delta Pi, contact Dr. Aaron Castroverde, aaron.castroverde@gcsu.edu. 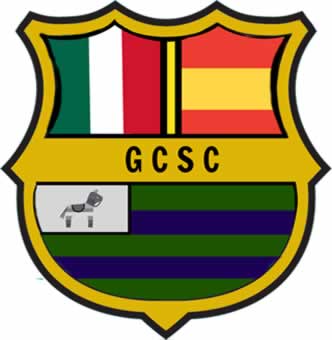 The Spanish Club of Georgia College consists of students passionate about the Spanish language and the distinct cultures of Spanish-speaking nations. Our goal is to build relationships in an inclusive environment as well as to create a conformable forum for learning, using, and enhancing our Spanish language." The Spanish Club of Georgia College does not discriminate on the basis of race, ethnicity, color, national origin, sex, disability, or age. There is no formal application for membership. Please join us and participate in campus wide events such as the annual International Dinner, Day of the Dead, and Mexican Folklore dancing.  For more information, contact faculty advisor, Dr. Aurora Castillo-Scott, aurora.castillo-scott@gcsu.edu; organization email address, spanishclub.gcsu@gmail.com; website, https://www.facebook.com/groups/gcspanishclub

The French Club promotes enthusiasm among students for the French language and culture and to provide students with a friendly but serious way to approach a new language. For lower-division French students at GCSU, the club provides a source of guidance and an opportunity to actually use and experience what is learned in class while developing communication with other students in their area of study. The French Club affects the whole campus through activities such as cheese tastings, pot-luck suppers, and movie nights, and our members participate in International Day, the annual International Dinner, and other global events. For more information, please contact the chapter advisor, Dr. Larbi Oukada, larbi.oukada@gcsu.edu.