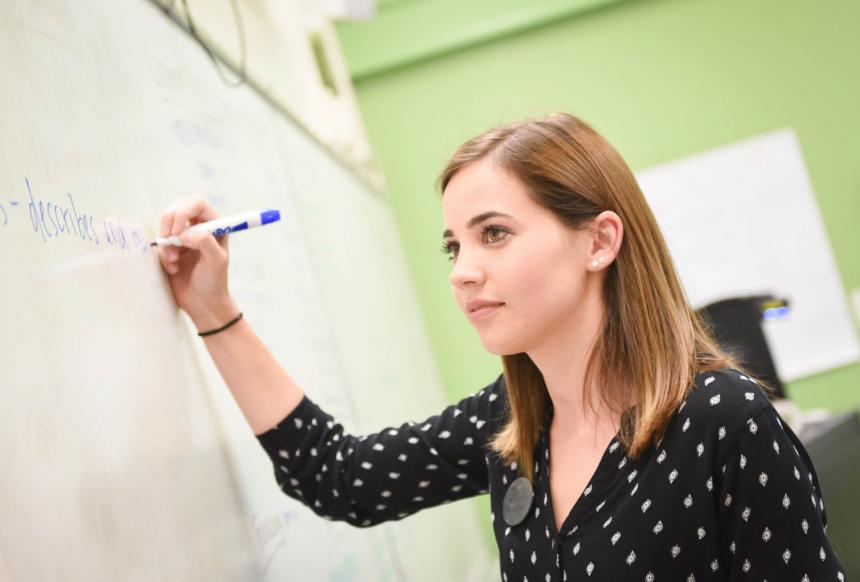 The Master of Arts degree in English is designed for students who desire the challenge of an intense study of literature. Graduates of the program will have a critical appreciation of literature, a thorough knowledge of scholarly tools and the preparation necessary to become competent writers and teachers of writing. The degree requires a total of 36 semester hours of graduate-level courses in English.

Students in the program receive substantial individual attention from faculty. There are opportunities for students to do research and publish on their own or with faculty, as well as opportunities for meeting important scholars and writers at both on-campus and off-campus conferences and events. In addition, graduate assistants gain valuable professional experience as editors, scholars or instructors.

Admission to the program requires a bachelor’s degree from an accredited institution, a cumulative GPA of 3.0 or higher (4.0 scale) on all undergraduate work, and an undergraduate major in English. This must also be supported by a writing sample and two letters of recommendation from referees who know the student’s work well and are prepared to comment on its quality.