Science, technology, engineering and mathematics (STEM) workers help drive innovation and competitiveness by generating new ideas and technologies, and inspiring the development of new companies - and even new careers and market segments.  Consider, for example, how the development of the Apple iPhone led to today's global economy driven by mobile 'phone technology, mobile telephone apps, and the coders and designers that make all that possible: technologies, careers, and market segments nearly none existent just ten short years ago. It si not surprising, therefore, that individuals employed in STEM - and STEM-related - fields are more likely to apply for, receive, and monetize patents.  At the same time, the acquisition of STEM knowledge can also be successfully transferred to a wide variety of professions - such as management, where CEOs of the future will need STEM knowledge to assess and understand technical innovation - while also developing and later applying the critical thinking and technical skills that are inherent in STEM fields.

A recent report by the U.S. Department of Commerce, STEM Jobs: 2017 Update, presents a number of key findings related to the importance of STEM education including the following: 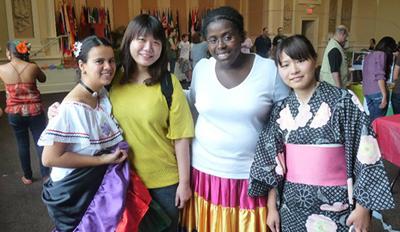 All Georgia College students are welcome to join the International Club, one of the largest and most active student organizations on campus.
GC Global Newsletter